Tehran requests to be informed about investigation results. 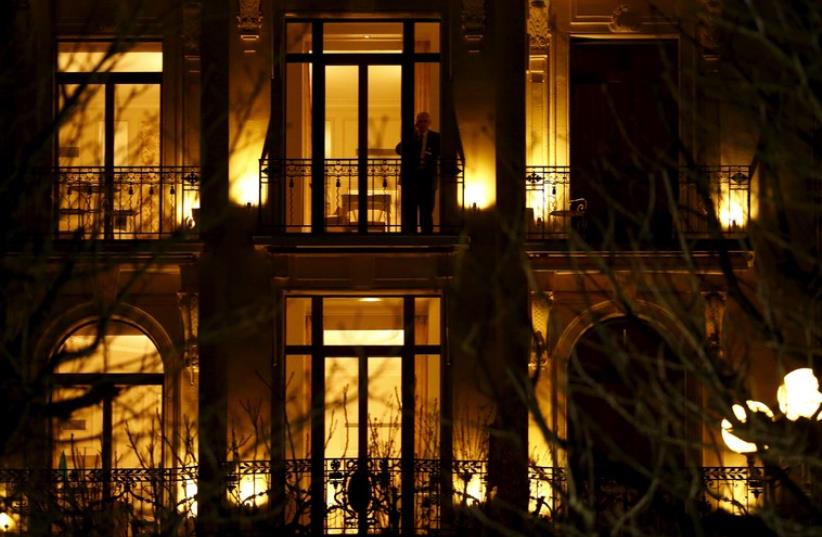 A member of a delegation talks on the phone in the Beau Rivage Palace Hotel during a break in the Iran nuclear program talks in Lausanne March 31, 2015
(photo credit: REUTERS)
Advertisement
ANKARA- Iran expressed concern on Friday over cyber-security of nuclear talks with six world powers after reported cyber-attacks on venues linked to the negotiations on its disputed nuclear program, the semi-official Fars news agency reported.Russian computer security company Kaspersky Lab said on Wednesday that a computer virus was used to hack into sites including three luxury hotels that have hosted the nuclear negotiations in Austria and Switzerland.Fars said the Iranian Foreign Ministry had written to the Austrian and Swiss governments expressing "serious concern"."Tehran has also asked to be informed about the results of investigations over the issue," it said.Switzerland and Austria are investigating the allegations."Iran wants all necessary measures ... taken to secure the talks, including cyber security, as soon as possible," Fars cited the ministry's letter to Austria as saying.Iran and the six world powers - the United States, Russia, China, Britain, France and Germany - are trying to clinch a deal by June 30 under which Tehran would curb its nuclear programme in exchange for the lifting of Western sanctions.Iran denies any ambition to develop nuclear weapons and says its program is for generating electricity and other peaceful purposes.Both Kaspersky and US security company Symantec said the virus shared some programming with previously discovered espionage software called Duqu, which security experts believe to have been developed by Israelis.Israel, widely believed to be the Middle East's only nuclear power, has rejected as baseless reports on its possible link to the computer virus.On Friday, Russian news agency TASS quoted a diplomatic source as saying the nuclear talks had virtually stalled and the deadline for a final deal may have to be postponed.