“We remain deeply concerned that Iran is unflinchingly anti-Semitic and an unapologetic state-sponsor of terrorism, however, a nuclear-armed Iran would be even more dangerous." 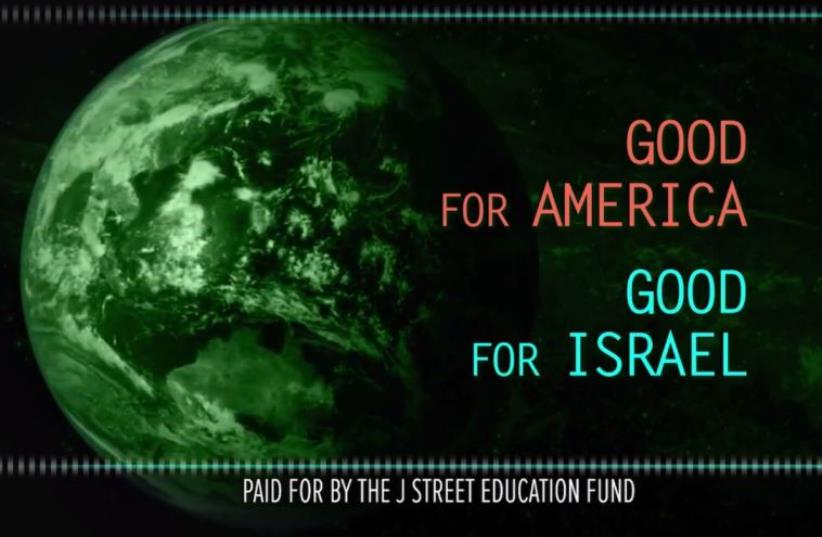 J street video campaign in support of the Iran deal.
(photo credit: screenshot)
Advertisement
Twenty-six former senior leaders of major American Jewish groups have signed a letter supporting the recently signed agreement over Irans’ nuclear program.The letter appeared as a full-page advertisement in Thursday’s New York Times. The letter says that the signers “devoted decades to building and enhancing Israel’s security and strengthening the US-Israel alliance,” and that the agreement “cuts off Iran’s ability to pursue a nuclear weapon.”The signatories include three former chairs of the Conference of Presidents of Major American Jewish Organizations, one former executive director of the American Israel Public Affairs Committee, former leaders of the Conservative and Reform movements, and former heads of the American Jewish Committee and Jewish Community Relations Council.
Top HeadlinesThe list also includes 9 former heads of local Jewish Federations, some of which have released statements opposing the deal. Former Michigan Democratic Senator Carl Levin also signed the letter, as did former Congressmen Mel Levine (D-Calif.) and Robert Wexler (D-Fla.).The letter raises concerns over Iranian leaders’ anti-Semitic statements and the regime’s sponsorship of terror groups, and says the agreement will prevent the regime from becoming more of a threat.“We remain deeply concerned that Iran is unflinchingly anti-Semitic and an unapologetic state-sponsor of terrorism,” the letter says. “However, a nuclear-armed Iran would be even more dangerous. While not perfect, this deal is the best available option to halt Iran’s nuclear weapons program.”