Controversial pianist, who also serves as musical director of Berlin State Opera, is in talks to perform in special Tehran show. 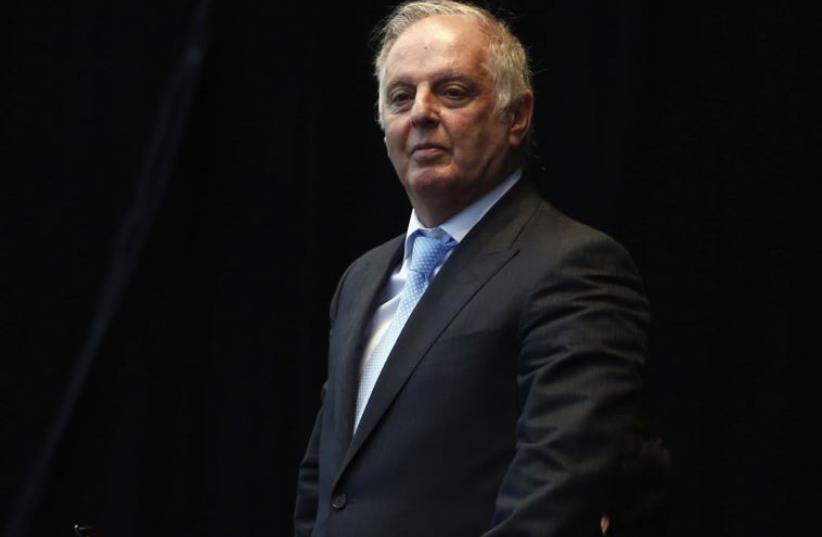 Israeli-Argentine conductor Daniel Barenboim
(photo credit: REUTERS)
Advertisement
Germany is supporting Israeli conductor Daniel Barenboim’s efforts to bring the Berlin State Opera (Staatskapelle) to Iran for a special performance.Responding to a query from The Jerusalem Post, the Staatskapelle released a statement indicating that talks are indeed continuing between cultural officials in Germany and their counterparts in Iran about a possible performance.“German Foreign Minister Frank-Walter Steinmeier has taken on the patronage of this concert and supports Daniel Barenboim’s commitment to make music accessible to people beyond any national, religious or ethnic boundaries,” the Staatskapelle said.Culture and Sport Minister Miri Regev demanded on Wednesday that German Chancellor Angela Merkel cancel the discussions about a performance.Barenboim, an Argentinian- born Israeli, has earned a reputation in recent years as a harsh critic of government policy in the territories.News of a possible performance are the latest sign of growing cultural and economic ties between Iran and the West since the signing of a nuclear agreement last month.When word of the possible event reached the local press, Regev reacted angrily on her Facebook page.“The conductor, Daniel Barenboim, a citizen of Israel, will perform in Iran together with the Berlin Philharmonic,” Regev wrote. “Barenboim has taken an anti-Israel stance and he slanders Israel while using culture as leverage in order to state his political opinions against the State of Israel. This is a mistake by German Chancellor Angela Merkel.”Regev said she intends to write a letter to the German government, urging it to intervene in the matter.“Daniel Barenboim’s concert in Iran hurts Israel’s efforts to prevent the nuclear agreement and boosts the delegitimization efforts against Israel,” Regev wrote.“Iran is a state sponsor of terrorism,” she continued. “It supports Hezbollah, Islamic Jihad, and Hamas, and its leaders have blood on their hands. I believe that Germany would do the right thing if it would cancel the performance.”