Woman identified by initials "A.Kh" to be executed by stoning for alleged complicity in murder of her husband, according to local media. 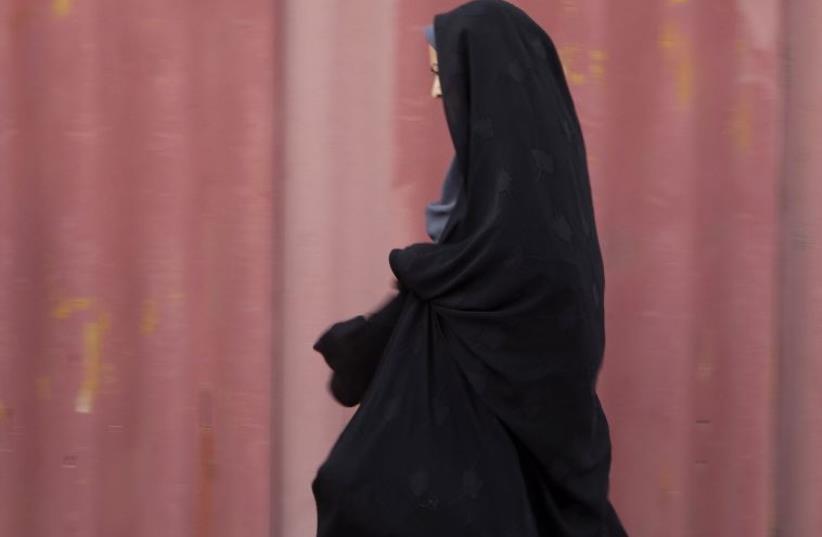 A woman in Iran [Illustrative]
(photo credit: REUTERS)
Advertisement
A criminal court in Iran’s northern province of Gilan sentenced a woman to be executed by stoning for alleged complicity in the murder of her husband Arash Babaieepour Tabrizinejad.The stoning penalty of the woman, who was only identified by the initials “A.Kh,” was first reported on the Persian-language Iranian website LAHIG on Saturday.According to the LAHIG report, the court imposed the stoning penalty on the woman along with lashings and a 25-year prison sentence. The criminal court in the city of Rasht in Gilan issued the sentence.Maryam Nayeb Yazdi, a leading Canadian-Iranian human rights activist based in Toronto who tweeted about the stoning on Wednesday, told The Jerusalem Post, “The rate of executions in Iran has not decreased in the last few years, it has increased. Although stoning has become more rare in Iran, such sentences are still being issued by Iranian judges. The probability of a stoning sentence to be carried out is slim due to the international sensitivity of the issue, there is a great chance her sentence may be ‘converted’ to death by hanging.”Nayeb Yazdi, who runs the translation blog Persian2English and works with the international NGO Iran Human Rights, added “We need to note that an official Iranian website released the stoning sentence news, and we should question the regime's motives for doing so. The stoning sentence is an indication of the Iranian regime's continued war against women in Iran. Arbitrary executions in Iran must be on top of the agenda in any dialogue between Iran and the West.”Julie Lenarz, Executive Director of the Human Security Center in the United Kingdom, told the Post, “Whether or not one supports the nuclear deal with Iran, it is astonishing that the West cultivates an ever-closer alliance with a theocratic regime widely known for its abysmal human rights record and aggressive behavior in the region. They hang men for the ‘crime’ of writing poems; or engaging in peaceful protest; or loving someone of the same sex.”She noted, “Women are stoned for being raped and Iranian law even allows for juvenile executions. Iran is averaging three hangings per day at the moment and remains a pariah state with no regard for human life. In a despicable form of moral myopia, the gold rush for business, as the international sanctions regime begins to unravel, has made Western governments blind to the suffering of ordinary Iranians at the hands of the Ayatollahs.”Separately, The Islamic Republic News Agency reported Tuesday on a communications technology meeting between Finland and Iran.“ICT cooperation between Iran and Finland will increase in the areas of software as well as research and development,”Mahmoud Vaezi, Iran’s minister for Information and Communications Technology, said following his meeting with Finland’s Foreign Trade Minister Lenita ToivakkaAccording to the IRNA report, “He welcomed Finland's achievements in the field of ICT including the Nokia company and expressed the hope that Iran can use the experiences to develop its ICT sector.”In 2008, the Post reported that the then joint Finnish-German company Nokia-Siemens sold surveillance technology to Iran’s government. The technology was used a year later to stifle internet, Twitter and mobile communications among demonstrators during widespread protests against a reportedly fraudulent presidential election.The Wall Street Journal reported in 2009 the Nokia-Siemens technology was used to track communications among the Iranian democrats protesting the regime’s repression and election irregularities.A Nokia-Siemens representative said at the time“ we do not provide any web or internet monitoring or filtering. We do provide the capability for millions of Iranians to communicate via mobile networks, and as part of this provide voice call lawful intercept capability.”Iranian consumers called for a boycott of Nokia-Siemens in 2009.The Finish Foreign Ministry website for wrote “Toivakka will make a Team Finland visit to Iran on 7–10 December 2015. She will be accompanied by a delegation of 70 representatives of Finnish companies. The members of the delegation represent companies in the fields of bioeconomy, environmentally clean technologies, ICT and construction.”"The visit offers an excellent opportunity for us to present leading-edge Finnish expertise in several sectors on the emerging Iranian markets,” Toivakka saidThe ministry listed the Nokia Corporation as part of the delegation in Iran.Vaezi added, “'It was decided that private sectors of the two countries will meet during the on-going visit of the 100-member delegation from Finland.”