Iranian media claims only five Guards were killed in the attack 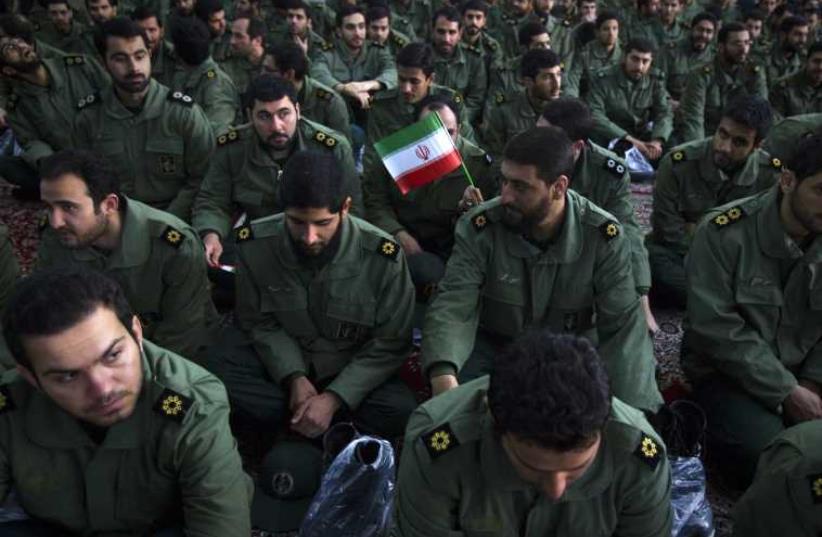 Members of the revolutionary guard
(photo credit: REUTERS)
Advertisement
Kurdish fighters affiliated with the Party of Free Life of Kurdistan (PJA K), an Iranian offshoot of the PKK in western Iran, announced on Thursday that it killed 12 Iranian Revolutionary Guards.The attack targeted a Revolutionary Guards barracks near the Kurdish city of Sanandaj in western Iran, according to a Sky News Arabic report.Iranian state news agency IRNA claimed that only five Revolutionary Guards members were killed in the PJA K attack.The Kurdish Party said the attack was in response to the execution of a Kurdish political activist a few days ago by Iranian authorities. The group said attacks would continue as long as the country continued its violence against the Kurds.The Kurdish force thwarted an Iranian intelligence plot on Wednesday to blow up its headquarters using four large bombs, while dozens of its members were present.PJA K cadres discovered the bombs before they exploded, according to the London-based daily Asharq al-Awsat on Thursday.Rudaw, the Kurdish media network, cited Iranian media last month who quoted Iranian Revolutionary Guard commander Mohammad Hussain Rajabi calling for more security in its Kurdish province.“This province shares 230 km. [of border] with the Kurdistan region of Iraq. [They are] vibrant areas that are mainly mountainous and wild, [and have] a harsh nature,” Rajabi said.