Russia had previously agreed to ban the sale under pressure from the US; Israel has pushed Moscow not to send the advanced weapons system to Iran. 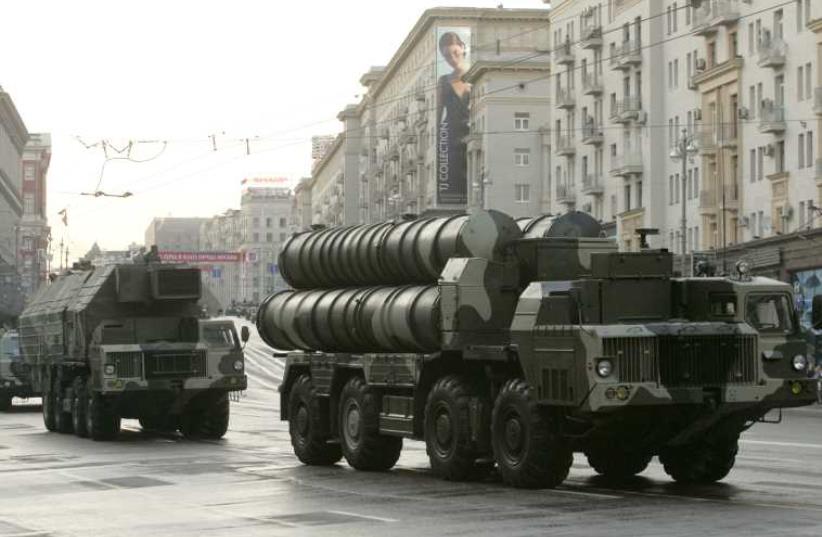 S-300 anti-aircraft missile system [file]
(photo credit: REUTERS)
Advertisement
Iran and Russia will sign a deal that will see Moscow send Tehran the S-300 air-defense missile system by next week, Iranian Defense Minister Hossein Dehghan said Tuesday.Russian President Vladimir Putin had been ready to deliver the S-300 to Iran already in 2010, but had previously agreed to ban the sale under pressure from the US. Israel has also pushed Moscow not to send the S-300 to Iran.The deal has now been updated and will be finalized soon, the Iranian Students' News Agency quoted Dehghan as saying.Dehghan said that as part of the new deal, Iran would be receiving an upgraded version of the S-300 system."We will go to Russia next week to sign the deal and there is no barrier hindering the agreement,” ISNA quoted him as saying.He added that the weapons system would be delivered to Iran shortly after the signing of the agreement. The deal comes after Russia announced that it was lifting its five-year ban on the sale of the S-300 to Iran in April, prior to the July signing of the comprehensive nuclear deal between world powers and Tehran. Putin said at the time that lifting the ban could encourage Iran to finalize the nuclear deal. He reassured Israel that the S-300 does not endanger the Jewish state.The S-300 is "“one of the most advanced air defense systems in the world," Brig.-Gen. (res.) Asaf Agmon, a former senior Israel Air Force officer told The Jerusalem Post in April.The S-300 would make a potential strike against Iran's nuclear facilities much more difficult. "This system will be a challenge for an air force to overcome. Its arrival is a significant change in our region,” Agmon said.“Once the S-300 is stationed in Iran, the chances of it getting to Syria and Lebanon rise,” he warned.Yaakov Lappin and Tovah Lazaroff contributed to this report.