Nasrallah's letter is proven evidence of Iran's involvement in the Yemeni civil war, since it shows that Hezbollah, which is financed by Iran, is taking part in the fighting in Yemen. 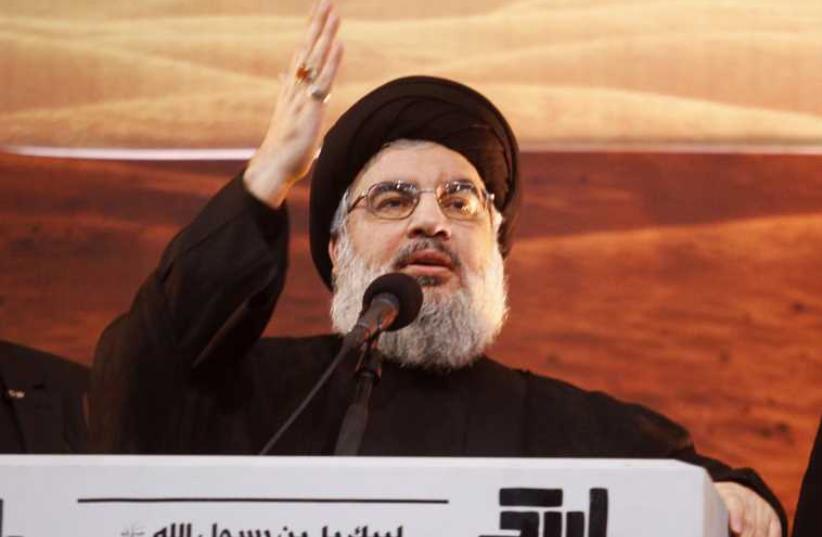 Lebanon's Hezbollah leader Sayyed Hassan Nasralla.
(photo credit: REUTERS)
Advertisement
Yemeni President Abd Rabu Mansour Hadi revealed Tuesday evening that the Secretary General of Hezbollah, Hassan Nasrallah, had sent him a letter explaining Hezbollah's role in the fighting in Yemen, Yemeni media reported on Wednesday.Speaking in a press conference that was conducted on Tuesday in Ankara following his meeting with Turkish President Recep Tayyip Erdogan, Hadi said that Nasrallah wrote him: "Our fighters arrived in Yemen to teach the Yemeni people the essence of governing."Nasrallah's letter is proven evidence of Iran's involvement in the Yemeni civil war, since it shows that Hezbollah, which is financed by Iran, is taking part in the fighting in Yemen.However, since the beginning of the proxy war in Yemen between the Sunnis and the Houthi militias in Iran in September 2014, Iran has denied arming and financing the Houthis.On February 11, Saudi Arabia stopped a ship carrying communications equipment that was on its way to Yemen, fearing that it was meant for the Houthi militias. According to the anti-Houthi coalition spokesman, the vessel had started its journey in the Iranian port of Bandar Abbas.