The United States, the European Union and other major nations have already lifted some of their punitive measures following a deal struck last month between Iran and world powers. 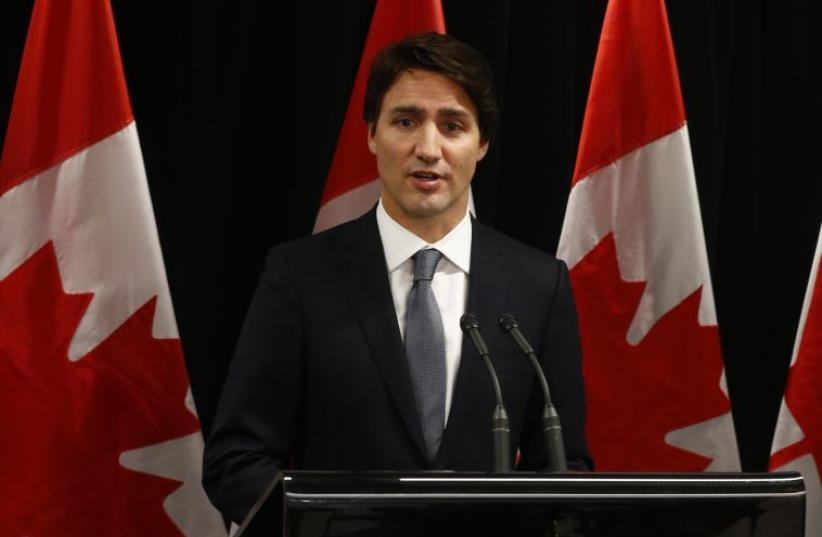 Canadian Prime Minister Justin Trudeau speaks about a Saskatchewan school shooting during a news conference in Davos, January 22, 2016.
(photo credit: REUTERS)
Advertisement
Canada will not rush to lift sanctions against Iran, despite calls to scrap the measures quickly so Canadian companies can compete for contracts, Prime Minister Justin Trudeau said on Thursday.Last week, Canada confirmed for the first time that it is planning to lift sanctions against Tehran, and said companies like aircraft maker Bombardier Inc should be allowed to export there.The United States, the European Union and other major nations have already lifted some of their punitive measures following a deal struck last month between Iran and world powers, in which the Islamic Republic agreed to scale back its atomic energy program.Speaking to reporters in Calgary, where earlier in the day he met with oil industry leaders, Trudeau said the deal had helped dampen Iran's nuclear capabilities but there were still significant concerns around what he called the country's state sponsorship of terrorism and abuse of human rights."We're going to be very careful and thoughtful, working and coordinating with our allies in the way that we move to reengage and lift sanctions on Iran," he said."We're going to be responsible about it. I understand the need and interest in Canadian businesses ... to engage but we're going to be doing it the right way because that's what Canadians expect of us," he said.Iran announced plans in late January to buy more than 160 European planes, mainly from planemaker Airbus.