By vote of 56-42, Republican-majority Senate falls short of 60 votes needed in the 100-member chamber to advance the legislation. 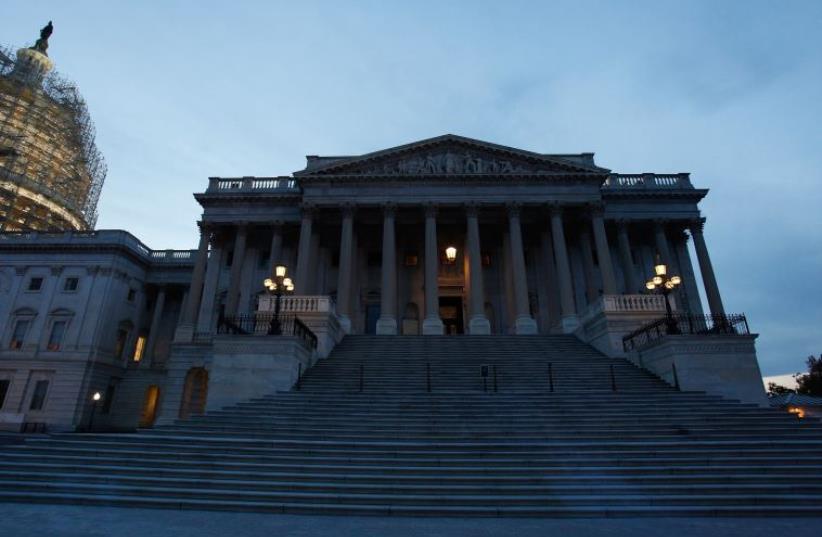 The US Senate chambers
(photo credit: REUTERS)
Advertisement
WASHINGTON - US Senate Democrats blocked legislation meant to kill the Iran nuclear deal for a third time on Thursday, securing a major diplomatic victory for President Barack Obama.By a vote of 56-42, the Republican-majority Senate fell short of the 60 votes needed in the 100-member chamber to advance the legislation as all but four of Obama's fellow Democrats backed the nuclear pact announced in July.With no more Senate votes planned this week, the result ensured that Congress will not pass before a midnight deadline a resolution of disapproval that would have crippled the agreement by eliminating Obama's ability to waive many US sanctions.Republican Senate Majority Leader Mitch McConnell introduced an amendment to the measure that would bar the president from lifting sanctions on Iran unless it recognized Israel's right to exist and released American prisoners.Democrats have argued for months that the agreement should not be tied to non-nuclear issues.