Bill would require sanctions to be lifted immediately and bar UN inspectors from military sites. 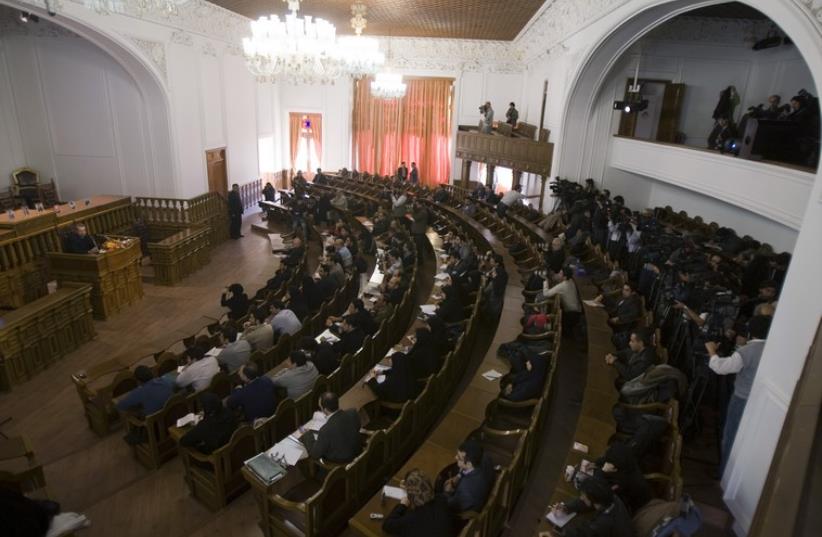 The old Iranian Parliament building in Tehran
(photo credit: REUTERS)
Advertisement
DUBAI - Iran's parliament overwhelmingly approved the outline of a bill on Sunday that if passed would impose strict conditions on any nuclear deal with world powers, potentially complicating negotiations aimed at reaching an accord.The draft bill must still pass through parliament and then the Guardian Council, an unelected body close to Supreme Leader Ayatollah Ali Khamenei, before becoming law. Khamenei has cautiously supported a deal.The document also concedes the role of supervising any nuclear deal to the Supreme National Security Council, a body effectively controlled by Khamenei, meaning parliament would have no executive power to stop a deal.Nevertheless the draft, published in full on the website of state news agency IRNA, was approved by 199 of the 213 lawmakers present, underlining significant domestic pressure on Iran's negotiating team.The bill would require sanctions to be lifted immediately and bar UN inspectors from military sites, a position that the United States and France have said they will not accept."Access to all military, security and sensitive non-nuclear sites, as well as scientists, is prohibited," the draft document said. "The complete lifting of sanctions...must take place on the day Iran begins implementing its obligations."Speaker Ali Larijani responded to the bill by warning lawmakers not to over-reach, reminding them of Khamenei's influence over the Supreme National Security Council."The Supreme National Security Council is under the supervision of the Supreme Leader, and we must not bind his hands on this issue," Larijani was quoted as saying by IRNA.Khamenei has publicly placed his trust in the negotiating team and cautiously supported a deal. He has ruled out inspections of military sites and interviews with scientists.Iran is aiming to reach a deal with six world powers by a self-imposed June 30 deadline, that would curb Iran's nuclear program in exchange for relief from international sanctions.