A statement released with the picture read, "Our brother, the soldier of the Caliphate, Abu Yahya al-Qayrawani, reached his target the Imperial hotel despite the security measures." 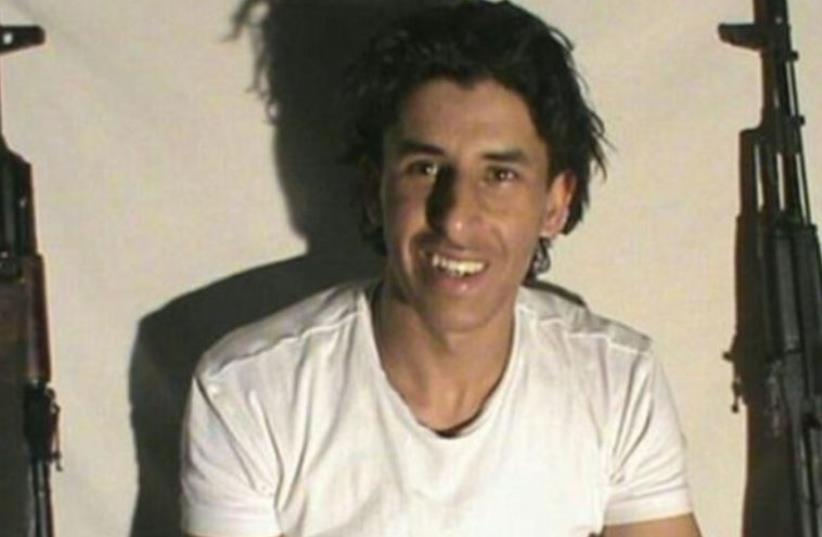 Abu yahya Qayrawani, named by ISIS as responsible for attacking the Imperial Marhaba resort in Tunisia, is seen seated between two AK-47 assault rifles
(photo credit: SOCIAL MEDIA)
Advertisement
Following the attack on a popular Tunisian resort which claimed the lives of 39 people, the majority of whom were tourists, the Islamic State has revealed the identity of the gunman who they say was one of theirs. Social media accounts affiliated with the self-styled caliphate circulated the photograph of a man named Abu yahya Qayrawani, who is pictured smiling and sitting between two AK-47 assault rifles. A statement released with the picture read, "Our brother, the soldier of the Caliphate, Abu Yahya al-Qayrawani, reached his target the Imperial hotel despite the security measures."Qayrawani is believed to be a pseudonym for Seifeddine Yacoubi, a  23-year-old electrical engineering student who was also linked to the name Saifeddine Rezgui.According to reports, at the outset of Friday's attack, Qayrawani retrieved an AK-47 hidden from a parasol and began firing at the tourist laden beach of the Imperial Marhaba resort, located in Sousse, 140 km (90 miles) south of the capital Tunis.Witnesses claim that prior to the attack, the man that would eventually ignite a massacre looked like" a young guy dressed in shorts like he was a tourist himself."Another witness interviewed by local Mosaique FM radio suggested that Qayrawani "was laughing and joking around, like a normal guy.""He was choosing who to to shoot. Some people, he was saying to them, 'You go away'. He was choosing tourists, British, French.""This was always a safe place but today was horror," said an Irish tourist who gave only his first name, Anthony. "He started on the beach and went to the lobby, killing in cold blood."On Saturday the British Foreign Office confirmed that the death toll among Britons had reached 15 and that a Belgian, German and an Irish national were also among those killed. Reuters contributed to this report.