The news of the contest spread across social media on Wednesday. The contests are slated to be held in various ISIS-run mosques in Syria. 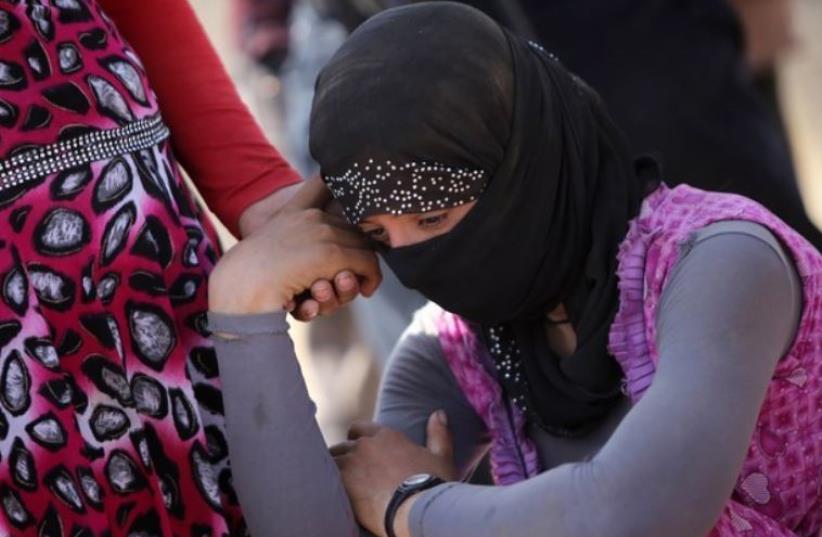 Yazidi refugee.
(photo credit: AHMAD AL-RUBAYE / AFP)
Advertisement
To the mark the Muslim holy month of Ramadan, Islamic State goons in Syria are holding a grotesque “Koran memorization contest” in which the winners will be awarded female child sex slaves.The news of the contest spread across social media on Wednesday. The contests are slated to be held in various ISIS-run mosques in Syria.The situation for Syrian women has worsened since ISIS forces captured swaths of the country last year. 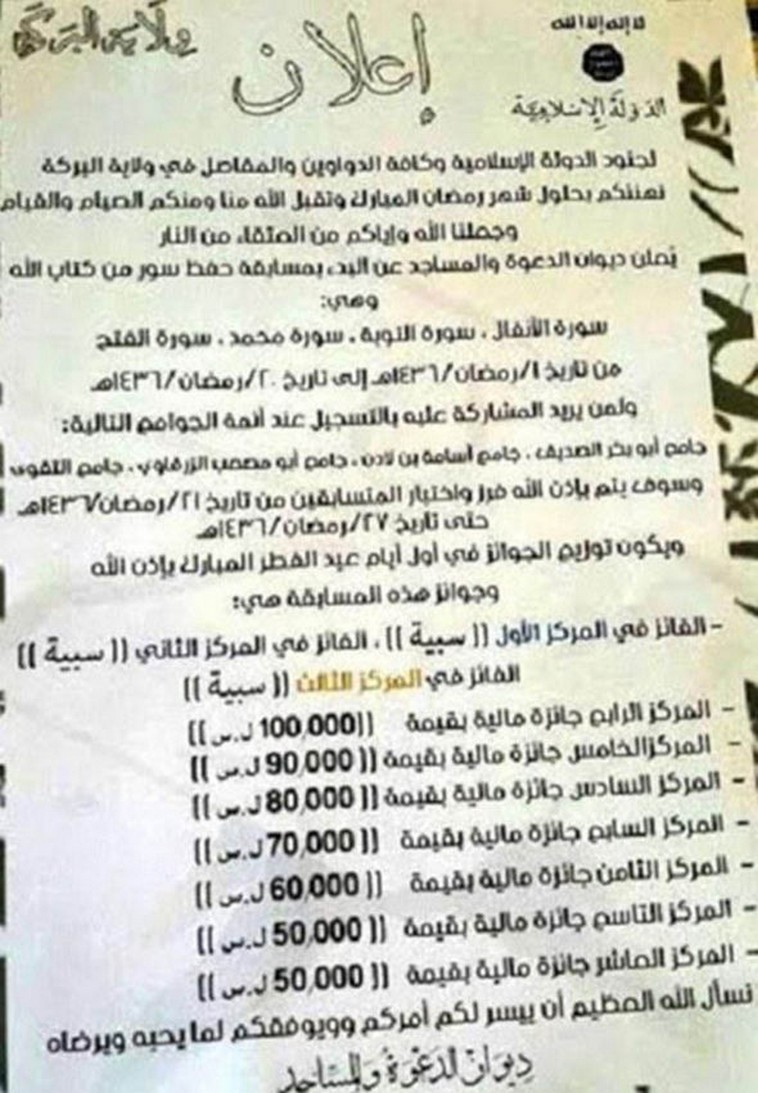 According to Valerie Amos, the UN's under-secretary-general for humanitarian affairs and emergency relief, women and female children as young as 12 are enslaved and sexually abused. "Women captured as slaves by [Islamic State] have been sold in markets in Raqqa. Some are sold to individual men. Others are kept by [Islamic State] in rest houses and face multiple rapes by fighters returning from the battlefield," Amos reported during a UN Security Council session."Kurdish refugees from Kobani reported the capture of young girls by [Islamic State] for sexual purposes, girls as young as 12."Amos said there has also been a rise in the incidence of forced marriage. "This is in part due to a depletion of family resources and more recently because parents are terrified of their daughters being forced to marry [Islamic State] fighters in areas under their control."She called these and other horrible acts war crimes. "[Islamic State] has carried out mass victimization of civilians including murder, enslavement, rape, forcible displacement and torture, and has violated its obligation toward civilians."Amos spoke harshly about the lack of progress since the Security Council passed Resolution 2139 in February, which laid out a number of basic human rights demands that the Syrian government and opposition fighters must follow.