Al-Qaida in the Islamic Maghreb threatens to attack Rome, Naples and Madrid

The organization continues escalating its rhetoric against France, threatening to commit more terror attacks in Western capitals to force Paris to stop its military intervention in Mali.

By MAAYAN GROISMAN
JANUARY 11, 2016 13:11
Al-Qaida warns South Africa and Sweden
Advertisement
After the merciless attack on a luxury hotel that took place in Bamako last November and resulted in the killing of 21 people, al-Qaida in North Africa has continued to escalate its rhetoric against France, threatening to commit more terror attacks in Western capitals to force Paris to stop its military intervention in Mali.
On January 6, the media institute of the al-Qaida-affiliated organization released a video titled "From the Desert's depth," in which the Malian fighter, Abu Basir al-Bamari, who was recently released from a prison in Mali, urged the Muslims in Mali to take up arms to "fight against the French infiltrators" in order to restore Sharia law in the country.
To achieve its aim – ending the French intervention in Mali – the organization threatened to attack the West: "We will strike them in Naples, in Rome, in Madrid. The blasts will be everywhere."
The video also presents images of the fighting already taking place in Mali between the al-Qaida-affiliated organization and UN peace keeping forces, which are composed mainly of French soldiers.
The organization continued its propaganda against France in another video it released on January 9, titled "A message to the African and Swedish governments," relating to two hostages, a Swedish and a South African, who have been held by the organization for five years.
The two, Johan Gustofsson and Stephen McGowan, were captured on 2011 in Timbuktu with a French citizen, Serge Lazarevic, who was released on December 2014, following the mediation of the French authorities. This time, the Mali-based organization refuses to negotiate with France and demands from the governments of Sweden and South Africa "not to use the French government as a mediator between us and you" and to "accept the jihadists' just demands if you want your citizens to be released soon." 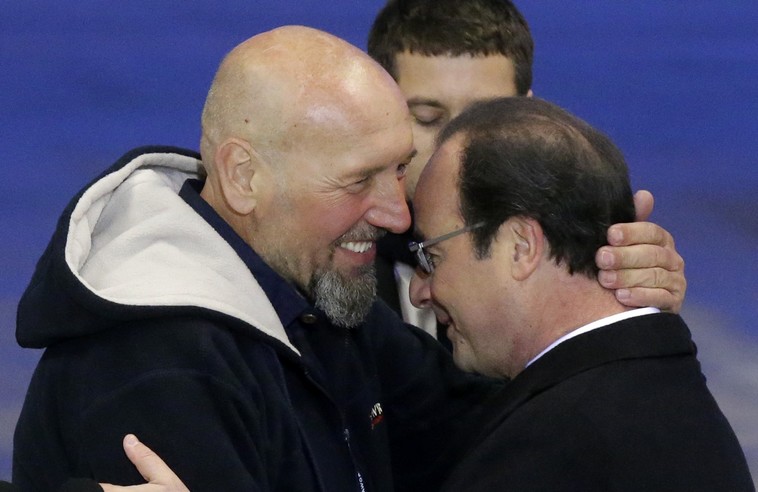 Both the hotel attack in November and the recent videos released appear to be part of a planned escalation in the organization's strategy toward France, aimed at competing with ISIS over which organization is more capable of taking vengeance on France on the Muslims' behalf.
The fact that only last week the Emir of al-Qaida's branch in North Africa declared that he does not recognize ISIS and that it is not obligatory for Muslims to pledge allegiance to the group's leader, Abu-Bakr al-Baghdadi, might indicate that the former indeed intends to start challenging ISIS on Europe's soil.