Why was the Islamic State so militarily effective? - book review

The Islamic State (ISIS) rose to brutal prominence in 2014 as it rapidly seized territory across Iraq and Syria. ISIS’s military success has often been attributed to the doctrines developed by experienced Russian-speaking jihadists or former Saddam Hussein regime officers.

Soldiers of End-Times: Assessing the Military Effectiveness of the Islamic State reveals ISIS’s military effectiveness to be more than the product of imported military planners but rather the result of battlefield-driven evolution, high morale and the adaptation of terrorist tactics and tools for conventional warfare.

Ido Levy’s debut book explores both ISIS’s military effectiveness and doctrinal origins, based on study of prior jihadi military action, review of primary sources such as ISIS educational materials, and interviews with military personnel that had fought the group.

How to explain ISIS's battlefield success?

Soldiers of End-Times posits that the Islamic State’s military doctrines are best explained by battlefield friction and challenges shaping best practices, and the adaptation of successful pre-existing terrorist approaches.

According to Levy, while a number of Ba’athist officers rose to prominence in ISIS, the Hussein regime’s military doctrines did not match up with the ISIS way of war. ISIS engaged in fast-paced and aggressively flexible offensives and defensives – whereas Ba’athist operations were more static in their defense and rigid in planning. 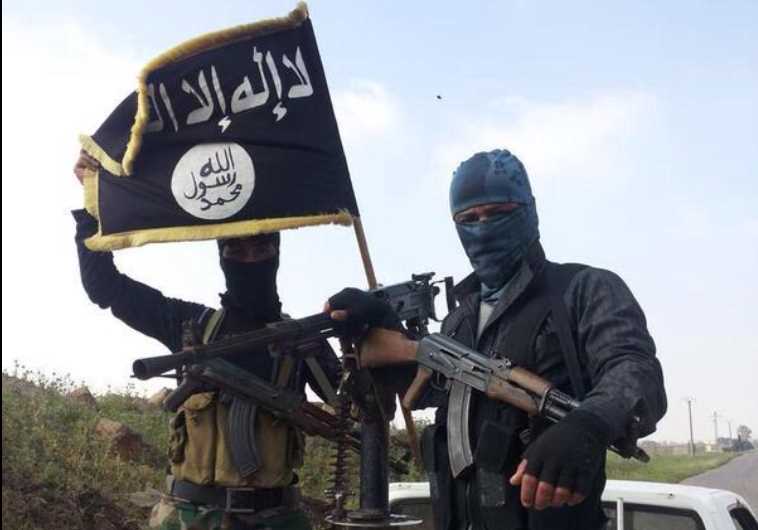 While veteran Chechen fighters brought important skills and field commanders to ISIS, Levy argues that many of ISIS’s best commanders were also locals, so he finds it unlikely that ISIS military doctrines are explained as the result of foreign commanders.

The explanation against the Chechen theory may not have enough proof to be satisfactory, but Levy does also review how Islamic State provinces beyond Iraq and Syria also embraced its doctrine, where there were no Ba’athists and Chechen fighters.

LEVY ALSO lays out the natural evolution of ISIS combat during precursor wars. The jihadists experienced heavy urban fighting during the 2003-2011 Iraq War and further battlefield experience in the 2011 Syrian Civil War. During this time, jihadists embraced whatever worked and discarded what did not.

In these testing grounds, ISIS’s style of warfare deviated from normal jihadi tactics and became highly aggressive, always seeking the initiative and probing for weakness. Even when on the defensive, ISIS sought to counterattack and retake territory rather than hold static fighting positions. This means it was deciding when and where the fighting occurred – to its advantage.

While ISIS learned to fight as a conventional military, it did not maintain conventional vehicles and technologies which it had no means to support, instead adapting low-tech terrorist weapons for open warfare.

The suicide bomb has long been a mainstay of terrorist activity and saw continued use in the Iraq War. According to Levy, it was in the Syrian Civil War that the success of the suicide vehicle-borne improvised explosive device (SVBIED) saw them popularized and adopted as a central part of ISIS operations.

SVBIEDs were heavily armored vehicles packed with a massive amount of explosives and were used in combination with other arms. SVBIEDs would be used to remove fortifications, soften targets, and disorient troops before an ISIS infantry attack. They were like a low-tech artillery strike.

Levy also gives the example of the use of drones as a disruptive innovation. While ISIS could not field an air force, off-the-shelf drones could be modified to drop bombs and deliver real-time intelligence to direct attacks.

Many of the Islamic State’s weapons retained the terrorist psychological component to them. The failure to stop the juggernaut SVBIEDs was disheartening, and their detonations broke resolve as well as barriers.

The secret weapon of ISIS: Morale and an apocalyptic ideology

In Soldiers of End-Times, Levy emphasizes the role that morale plays in warfare, an aspect of military affairs often ignored. Based on his writing, it appears that much of ISIS success can be attributed to morale – that of both ISIS soldiers and Iraqi soldiers.

Levy explains that ISIS has an apocalyptic ideology that saw the capture of territory as a precursor to Armageddon. Consequently, the religious fervor of ISIS operatives was exceptionally strong, and for the most part, committed them to fight until death. The book gives multiple examples of ISIS troops refusing to retreat or charging positions that had already seen several waves of men vaporized.

ISIS’s brutality, such as beheading captives and attacking civilians, also had a practical effect in that it demoralized its opponents. Without the will to fight, soldiers would cave when faced with highly motivated ISIS combatants. The jihadist movement also had a massive propaganda wing, with which it broadcast its brutality, victories and ideology. This further bolstered jihadist morale and demoralized opponents.

Soldiers of End-Times was originally conceived as a paper for the Washington Institute for Near East Policy and was lengthened into a full book due to the enormity of the subject. This means that while it is peer-reviewed and meticulous in its notation, the book has an academic framing that some readers may find daunting. That said, the book is also well organized, and the language is easily digestible and accessible, unlike many academic articles whose verbosity and overuse of jargon may make them unintelligible to all but other academics.

Soldiers of End-Times may be the defining work on the military effectiveness of the Islamic State and its strategic and tactical doctrines. 