The 47-year-old man, who was arrested in the eastern city of Arnhem on Wednesday, was later released by a judge, on condition he surrender his passport. 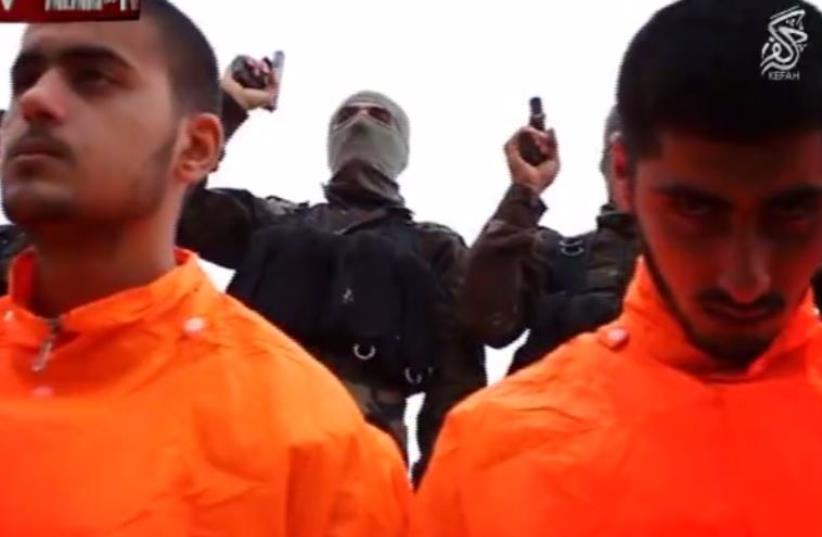 Syrian rebels stage mock execution of ISIS prisoners
(photo credit: screenshot)
Advertisement
Police have arrested a former Dutch soldier on suspicion of killing Islamic State fighters in Syria while he was fighting as a volunteer alongside a Syria-based Kurdish militia group, prosecutors said on Friday.The 47-year-old man, who was arrested in the eastern city of Arnhem on Wednesday, was later released by a judge, on condition he surrender his passport and not leave the country, prosecutors said.They said the man, who was not named, had published on Facebook an account of his activities fighting alongside YPG, a militia group which has been accused by human rights group Amnesty of driving civilians in northern Syria from their homes."Dutch fighters against IS fall under normal Dutch criminal law and can be prosecuted if they commit crimes," prosecutors said in a statement. "Killing IS fighters can lead to a criminal prosecution for murder."A spokesman for the prosecutors, Wim de Bruin, said that it was not yet clear whether the man would face criminal charges and that the police were still investigating his case.