Defense Minister: "The Russians offered us the option to purchase S-400 air defense, but we rejected the offer." 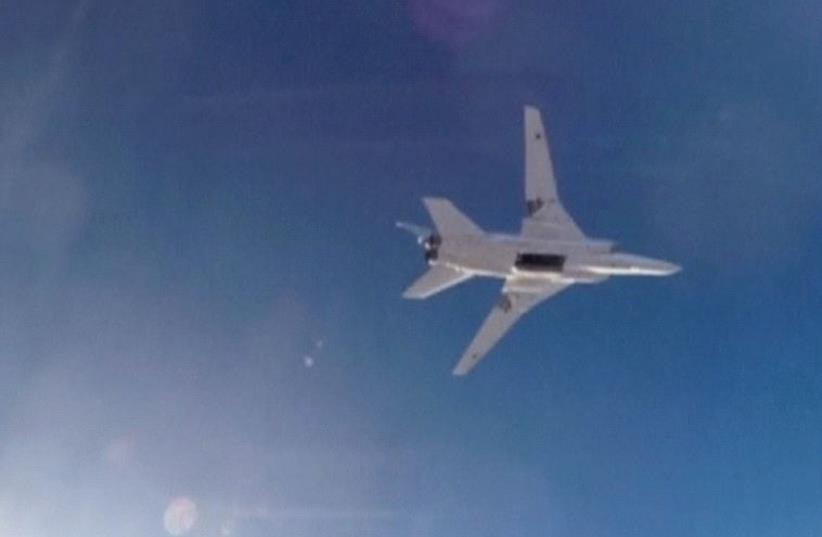 A STILL IMAGE taken from video shows a Russian Tupolev Tu-22M3 long-range bomber based in Iran flying over an unknown location in Syria on Tuesday after dropping its payload.
(photo credit: RUSSIAN DEFENSE MINISTRY)
Advertisement
Iran's Defense Minister, Hossein Dehghan, said on Saturday that ISIS is now approaching its final breath. "Soon it will be possible to see the fruits of cooperation between Iran and Russia", he said at a press conference.Dehghan said that the decision to allow the Russian Air Force to operate from Iranian territory to attack targets in Syria, was made following a request from Bashar al-Assad's government in Damascus. According to Iranian defense minister, Turkey had in the past been one of the main bases of support for ISIS. However, when they saw what was invested was in vain, and that their safety was at risk, Ankara concluded that the organization harms Islam. "The attacks across Turkey came to force the government in Ankara to support more terrorists," said the Iranian minister. "We have to say that the policy of Turkey and some countries in the region are supporting the Zionist entity."On another matter, the minister said that Russia has offered Iran the option to purchase the S-400 anti-missile and anti-aircraft system, but the Islamic Republic declared that it has no intention to do so. "There were a senior level contacts between Iran and Russia regarding the S-300 missile defense system; when the transaction progressed and we canceled the complaint, the Russians offered us the advanced protection system S-400 - but we informed them that we have no plan to purchase this system."Dehghan also praised the relationship between his country and Russia. "This is a relationship that has become a strategic cooperation," he said."Hosting fighter jets at the Hamadan airport was part of an improvement in the relationship."