ISIS member executes his mother for urging him to leave group

The slain woman was encouraging her son to leave Raqqa, Syria with her, saying that they would soon be wiped out by air strikes. 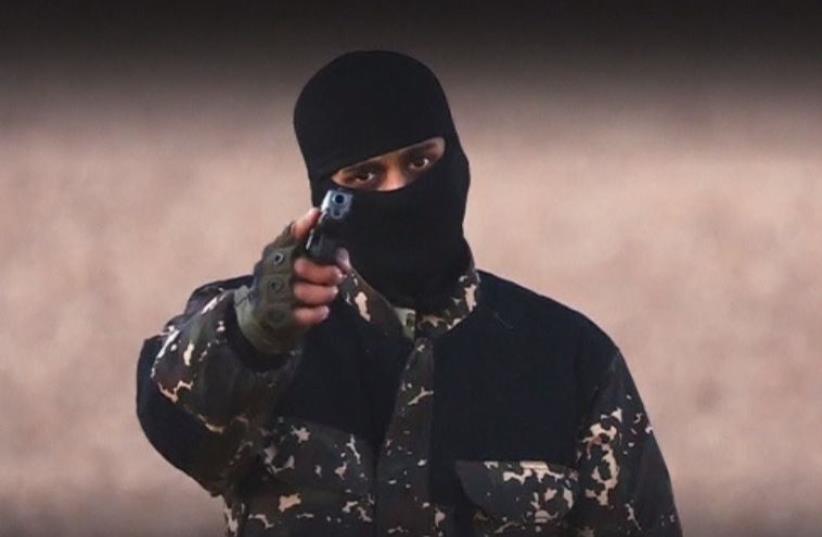 Islamic State video threatens Britain
(photo credit: screenshot)
Advertisement
BEIRUT - An Islamic State militant executed his mother in public in the Syrian city of Raqqa because she had encouraged him to leave the group, the Syrian Observatory for Human Rights reported on Friday.The woman in her 40s had warned her son that a US-backed alliance would wipe out Islamic State and had encouraged him to leave the city with her.She was detained after he informed the group of her comments, according to the British-based Observatory, which monitors the war through a network of sources on the ground.Citing local sources, the Observatory said the 20-year-old man executed his mother on Wednesday near the post office building where she worked in front of hundreds of people in Raqqa, a main base of operations for the group in Syria.The Islamic State group, which controls wide areas of Syria and Iraq, has executed hundreds of people it has accused of working with its enemies or breaching of its ultra-conservative interpretation of Islam.The Observatory reported on Dec. 29 that Islamic State had executed more than 2,000 Syrian civilians in the 18 months since it declared its "caliphate" over the territory it controls in Syria and Iraq. They included people killed on the grounds of homosexuality, practicing magic and apostasy.It was not possible to independently verify the latest report.