Sabratha is located 50 miles from the Libyan capital of Tripoli, which is currently facing threats of ISIS infiltration on both its eastern and western fronts. 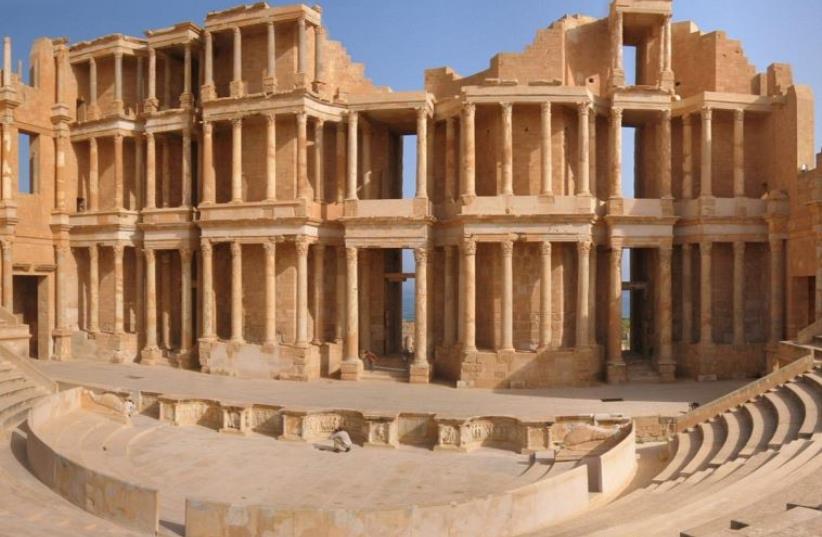 Theatre in the Roman city of Sabratha in Libya
(photo credit: Wikimedia Commons)
Advertisement
Islamic State militants have seized control of the Libyan town of Sabratha, a UNESCO world heritage site and home to one of the world's best-preserved Roman amphitheaters, The Telegraph reported on Friday.Militants moved into the center of town on Thursday, traveling in a caravan of Toyota pickup trucks. Locals initially believed the terror group was engaging in a retaliatory raid after two of their men were arrested nearby, however the militants set up checkpoints around the town and claimed the town as their own, said The Telegraph. Sabratha is located 50 miles from the Libyan capital of Tripoli, which is currently facing threats of ISIS infiltration on both its eastern and western fronts. Destruction of the Sabratha ruins would be an incredible disaster, rivaling or surpassing the devastation caused by the destruction of Palmyra in Syria. In October, Islamic State militants blew up the Arch of Triumph, a major monument in the 2,000-year-old Roman city of Palmyra, after they destroyed two ancient temples at the central Syrian site in recent months.Palmyra was one of the most important cultural centers of the ancient world, according to cultural agency UNESCO, which has described it as the crossroads of several civilizations.Reuters contributed to this report.