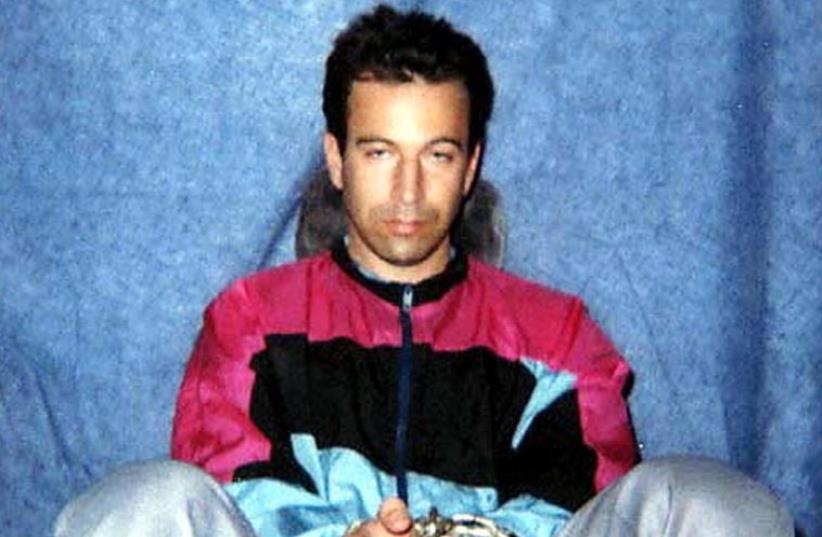 Daniel Pearl is seen in captivity of Islamic militants in Pakistan
(photo credit: REUTERS)
Advertisement
Pakistan’s military said it had foiled a prison break bid aimed at freeing a British-born terrorist awaiting execution for the 2002 murder of Wall Street Journal reporter Daniel Pearl.Three terror groups — al-Qaeda in the Indian Subcontinent, Lashkar-e-Jhangvi and Tehreek-e-Taliban Pakistan — were working together on the plot to spring death-row inmate Ahmed Omar Saeed Sheikh,  military spokesman Lieutenant General Asim Bajwa said Friday, adding that the plan to attack Hyderabad Central Jail was close to execution, AFP reported.“A deputy leader of al-Qaeda in the subcontinent named Mussanah was mastermind of the plan and was arranging all the finances while he was aided by the deputy chief of Lashkar-e-Jhangvi Naeem Bukhari,” Bajwa told a Karachi press conference.Mussanah, Bukhari, and a man said to be their handler, named Huzaifa, were later paraded before the media in handcuffs.Bajwa said the perpetrators had prepared two explosive-laden vehicles, which they were supposed to ram into the gate of the prison.He added the plotters had a list of prisoners that they were supposed to kill after gaining access to the jail, while freeing around 100 prisoners including Sheikh.Pearl, a 38-year-old American-Jewish journalist, was the South Asia bureau chief for The Wall Street Journal when he was abducted and beheaded in Karachi in 2002, while researching a story about Islamist militants.