PJAK speaks with ‘Post’ about shared history of Jews and Kurds in region. 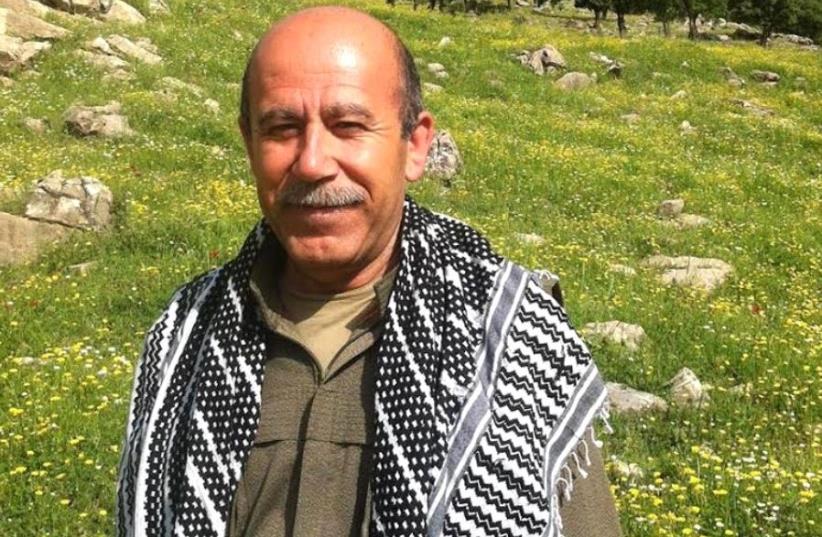 PJAK joint president Siamand Moeini
(photo credit: Courtesy)
Advertisement
The Kurdistan Free Life Party (PJAK) was founded by Iranian Kurds in 2004 and has since fought for the rights of Kurds in Iran. Kurdish groups have complained of humanrights abuses, including hangings of political prisoners, for decades. In an exclusive interview with The Jerusalem Post, PJAK joint president Siamand Moeini discussed the shared history of Jews and Kurds in Iran and the region and encouraged support for Kurds in Iran.Can you please describe the current policy of PJAK and its views on Iran? With appreciation, Iran has continued its policy of denying our nation’s [existence], [and] considering [the] Kurdistan [region] as a security zone. As the result of this, the PJAK, particularly after its Fifth Congress, has been adamant on its adopted strategy of resistance vis-à-vis the Iranian authorities.We have demanded our rights, for the accomplishment of which we adopt and pursue multiple approaches. We are of opinion, however, that a peaceful method is the first alternative. Yet if the Iranian authorities continue to pursue its adopted policy of denial, we will try, soon or later, other methods.Iran is governed through a despotic state.No opportunity is given to nations living in Iran to promote a democratic and free life. Internally, unemployment, corruption, destitution,prostitution, hopelessness aggravated by the economic crisis, which stem from the incapability of state officials, have produced a difficult life for peoples.Externally, the export of Shia Islam, accompanied by Iran’s interference in the regional countries have given rise to such an insecure atmosphere that has turned Iran into a fertile ground for terrorism.The Iranian regime now has influence in many countries in the region and appears stronger than ever. How is PJAK confronting that? It is true that Iran has held its influence on a number of countries and regional establishments, pretending it has been acting out of strength. For example, it has deployed military presence in Syria, Lebanon and Yemen, among others. Notwithstanding, we should not forget the fact that Iran suffers from a set of internal problems ranging from economic down to social and cultural spheres. It has been unable to promote a viable model for solutions to the problems the Iranian nations have suffered from. The latter issue resembles a bomb which needs only a spark to explode. We work on the promotion of cooperation between Iranian nations. Based on this perspective, we have been strengthening and solidifying our mobilization efforts into a power which will, in due course, be manifest for public observation.What is the role of other minority groups in Iran, such as Baloch, Azeris, and religious minorities in relation to PJAK? Within the context of our paradigm, all ethnic, national and religious entities are secured with the fundamental rights of enjoying a life in their own community based on their own identity. By virtue of this paradigm, we have cultivated a good relationship with these communities and will work harder in the future to strengthen it. We are of the opinion that the time has arrived for the formation of a national platform for the accomplishment of which we have been working for the last few years.We believe that such a platform can serve as a formidable power to tackle the despotism of the Islamic Republic.How does PJAK view Israel? The Jews are a nation who, like every free society, deserves a peaceful and free life. Other than the people of Israel, no one has the right to decide for the people of Israel. In Kurdistan, at some points in its history, many Jews had lived who then left the country to go back to Israel. Unfortunately, due to oppressive policies of the Iranian regime, they were not allowed to live in a country where they were born, and like many other Kurds, had to depart their country.The Kurds and the Jews have various common points and interests. Their roots, moreover, are tied to Mesopotamian culture as they have throughout history lived in Mesopotamia and Anatolia. I believe that they are a determined nation who despite all these enemies have succeeded in preserving themselves, manifesting a powerful will. From a strategic point of view, a free Kurdistan can be a powerful ally to the Jews in the region.

What is PJAK’s vision for the Iranian future? Democracy? Women’s rights? The PJAK works for the formation of a free and democratic society. Based on this, we believe that democratic confederalism is the most viable model for a multi-ethnic and multi-religion society. In this model, each and every single community can represent its identity. Within the context of our paradigm and philosophy, women are [viewed] as a pioneering character – a philosophy that has been brought into practice.According to the mandate of our Fifth Congress, women should constitute half of the leadership of the party as well as other organizational institutions – a mandate that has manifestly been put into effect.Does PJAK worry about Iranian influence in Baghdad and Iraq, and Shia militias such as the Hashd al-Shaabi (PMU) which are alleged to be backed by Iran? The Hashd al-Shaabi (PMU) constitutes a part of the Iranian project to remain in Iraq and the maintenance of its proxy war.They have had an effective role as Iran has manipulated them well. Now with the budget of the Iraqi regime, PMU has been implementing Iran’s strategies in Iraq. Very lately, their effective role in the conquest of Mosul has served to strengthen their status. We consider the PMU, the Iranian Islamic Revolutionary Guard Corps, and the Iranian Mobilization as the same.Does PJAK view the new US administration and its critique of Iran’s regime as a positive development? We had previously criticized the Iranian policy of the Obama administration, believing it was as mild as it was supportive.Emboldening the Iranian authorities, this helped them to adopt a much more barbaric approach. Now, if Mr. [US President Donald] Trump’s policy vis-à-vis the Iranian conservative regime is to be taken seriously, in order to facilitate some changes in it, I believe there is potential that could be mobilized. We support anyone who stands against the despotism of the Islamic Republic of Iran.
Advertisement
Subscribe for our daily newsletter