Blix says there were still a lot of "loose ends" to be tied up before a final deal is reached. 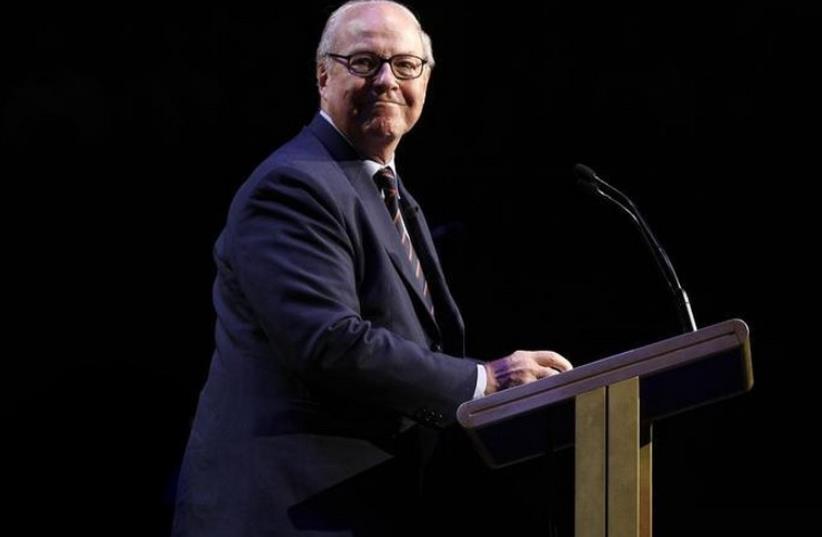 Hans Blix in 2007
(photo credit: REUTERS)
Advertisement
LONDON - Hans Blix, former chief of the UN nuclear watchdog, said he was cautious about the chances of a final deal being clinched between Iran and major world powers aimed at reining in Tehran's nuclear program.Following more than a decade of brinkmanship, eight days of marathon talks in Lausanne this month ended with an outline deal to scale back Iran's program for at least a decade.The tentative agreement clears the way for negotiations on a final deal, which has to be reached by June 30, that should allay Western fears Iran is seeking to build an atomic bomb and in return remove crippling economic sanctions on Iran.Tehran says its nuclear program is for peaceful purposes and denies any ambition to develop a nuclear bomb.Blix, who headed the International Atomic Energy Agency (IAEA) from 1981 to 1997, said there were still a lot of "loose ends" to be tied up."If it succeeds, which I fervently hope but am not all that confident, there is a gain for all - including Israel and the Arab States," Blix said in an interview in London. "In reverse, if it is not settled, there is an increased risk for all."Diplomats need to iron out details about the future of Iran's atomic research and development program, what kind of uranium stockpiles Tehran will be allowed to keep under any final accord as well as the timing of sanctions relief.Iranian Foreign Minister Mohammad Javad Zarif will meet US Secretary of State John Kerry at the opening of a UN conference on the global anti-nuclear weapons treaty on Monday.The parties also need to define the exact nature of the IAEA's monitoring regime, the so-called 'Additional Protocol'. Under the preliminary deal, Iran agreed to allow the agency more intrusive access to its sites - both declared and, crucially, previously undeclared - and lay out nuclear construction plans.Under the 'Additional Protocol' - applied in many countries - the IAEA gives advance notice of inspections, but this can be as little as two hours. Hawks from the United States are demanding "anytime, anywhere" access in Iran."Singling out any one country for anything beyond what the rest of the world does is difficult," Blix said. "No country would accept having inspections any time, any place."