Jordan hands life sentence to soldier who killed US trainers

The soldier had been charged with premeditated murder and had pleaded not guilty, source says. 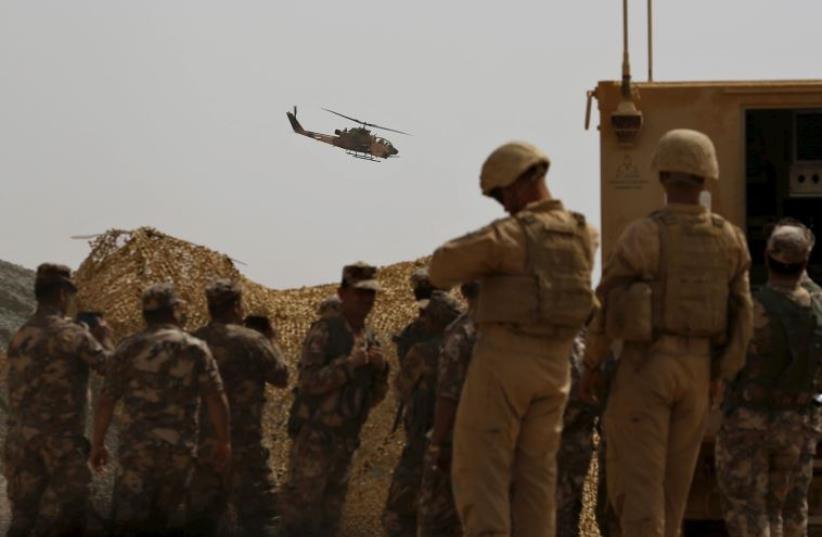 US and Jordanian soldiers participate in Exercise Eager Lion at the Jordan-Saudi Arabia border, south of Amman May 18, 2015.
(photo credit: REUTERS)
Advertisement
BEIRUT - A Jordanian military court sentenced a soldier to life imprisonment with hard labor on Monday for killing three US military trainers at the gate of a major air base last year, a judicial source said.The soldier had been charged with premeditated murder and had pleaded not guilty, the source said.The incident in November had led to tensions between Washington and its Middle Eastern ally.Jordanian authorities at first said the US trainers had been shot dead by the soldier when their car failed to stop at the gate of the base. Washington rejected that account and said it could not rule out a political motive for the killings.Jordan, a staunch US ally, hosts several hundred U.S. contractors in a military cooperation program which includes the stationing of US F-16 fighter jets. They use Jordanian airfields to hit Islamic State positions in neighboring Syria and to protect its borders.