Kuwait had already imposed this requirement on Lebanese women, though only the latter require a security clearance. 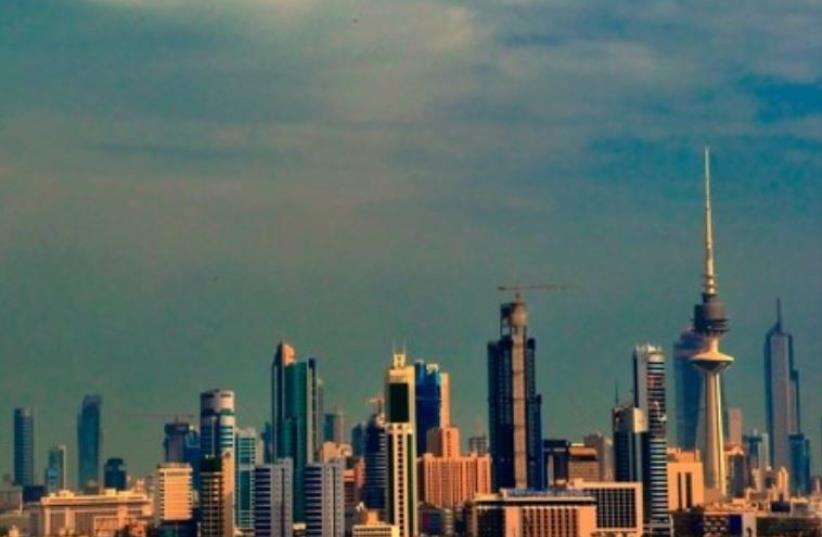 Kuwait City, Kuwait
(photo credit: WIKIMEDIA COMMONS/MOHAMMAD ALATAR)
Advertisement
Kuwait's Public Authority for Labor has announced it will block work permits for women under the age of 40 from Morocco and Tunisia unless they are accompanied by a “mahram” or a first-degree male guardian – a brother, husband, uncle or father. Kuwait had already imposed this requirement on Lebanese women, though only the latter require a security clearance. According to al-Rai, a Kuwaiti daily, the government’s decision “came at a request of both Morocco and Tunisia.” “The move was issued in coordination with Kuwait, Morocco and Tunisia,” an unnamed official source revealed to the newspaper, adding that the small Gulf state is “keen to maintain close relations with all countries around the world – especially Arab states – with regard to labor, economic and tourism cooperation, while preserving its sovereignty and privacy.” From his side, Tunisian Foreign Minister Khamis Jahnawi said his government “didn't receive any official confirmation from Kuwait regarding the matter.”Faisal Dou, the ministry’s spokesman, added that “Kuwaiti authorities have never made this decision or similar ones. All Tunisians are welcomed to work in the Gulf state without any form of restriction or prevention.”Yet beyond government officials, observers are telling a different story. Mahdi al-Legini, a Tunisian activist, affirmed to The Media Line that women in her country should have the right to work anywhere just like Tunisian men. “The Kuwaiti move is far from Tunisian society and culture as it doesn’t represent public opinion or our journey regarding women’s rights,” she asserted.   “Women’s work activities should not be tied to a condition or the presence of another person [a male guardian]. It is also unfitting for Tunisian women.” When asked whether Tunis had anything to do with the stipulation, al-Legini stated that it “does not matter what country requested the resolution, as the decision is simply wrong to begin with. Nevertheless, it’s common for Middle Eastern governments not to take responsibility for their decisions, for they fear the media’s reactions.”Ahmed al-Baz, a Moroccan academic and political analyst, told The Media Line that Kuwait’s restrictions have “nothing to do with Moroccan legislation and society regarding women’s rights, as well as international resolutions.” He added that females in his country enjoy full freedom to travel and work abroad without any complications. “The Kuwaiti announcement is foreign to Morocco and it’s impossible that our government would ask Kuwait for such a thing,” al-Baz contended. He urged further clarification from Kuwaiti authorities over the new requirements, adding that they are not “compatible with the Islamic faith.”  Al-Baz further pointed out that some Arab states have similar laws against women, although Morocco is not one of them. “Saudi Arabia, for instance, has a similar law, but it has to do with the conservative nature of the kingdom.” Morocco, he added, is currently discussing laws that would grant women equal rights to men in different areas, “which are considered taboo in the Arab world.” A Tunisian activist who requested anonymity told The Media Line that Kuwait’s move “has to do with the ‘unethical trade’ of Tunisian women. “Since the Kuwaiti authorities requested foreign workers to have a mahram, or a male guardian, then I suspect the matter has to do with prostitution, and is not related to political differences,” the activist said. Each country has its own laws and the right to protect its people and culture, the activist explained. “If Tunisian females or any other women from Arab countries ‘travel for sex,’ then the decision makes perfect sense. “Kuwait is a small country; it welcomes, as well as attracts, all nationalities from different backgrounds to work there,” the activist continued, stressing that the only reason Tunisian and Moroccan women were targeted was because they tend to engage in “immoral activities” more than women from other countries. For more stories go to themedialine.org.