Expert: As long as Assad controls Damascus, their lives will remain protected. 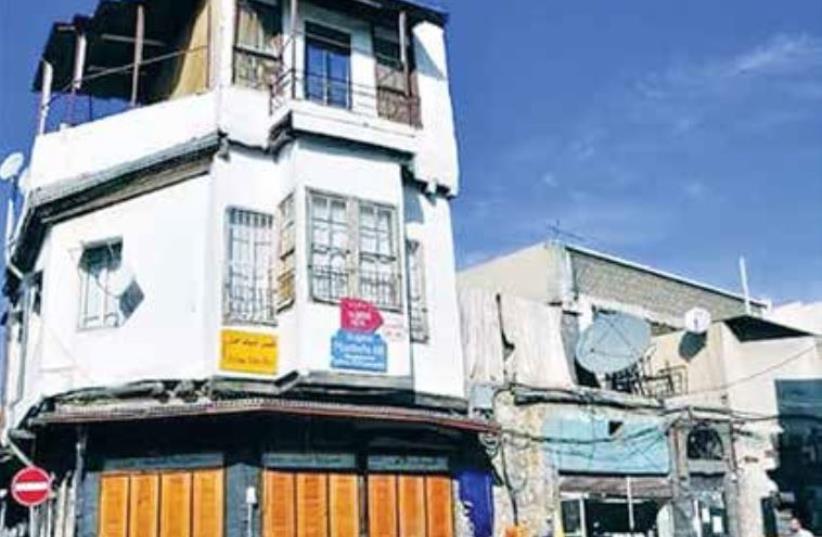 THE JEWISH QUARTER in Damascus lies desolate
(photo credit: Courtesy)
Advertisement
Israeli experts and an activist in contact with the remaining Jews in Damascus painted a bleak picture to The Jerusalem Post.“All of the Jews that wanted to leave Syria left some time ago,” Prof. Eyal Zisser, a leading expert on Syria from the Moshe Dayan Center at Tel Aviv University, told the Post.Most of them left in the 1990s as part of an agreement between the US and Syrian governments, he said. “Those that remained are elderly Jews due to the difficulty of changing places along with their environment.They requested to end their lives in Damascus and now they found themselves stuck in a war,” continued Zisser.Asked if their lives are at risk, Zisser responded that he did not think the Jews in Damascus are in immediate danger as “surely the regime has no interest in dealing with them.”“As long as the regime controls Damascus their lives are assured,” he said, noting that of course daily life is difficult because of the war. “But it was their choice to stay in Syria at the time.”Mendi Safadi, an Israeli Druse political activist in touch with the dwindling Jewish community of Damascus, shared pictures and messages from them with the Post.“There remain around 16 elderly Jews over 70 in Damascus that are suffering from food shortages and economic difficulties because of the war,” he said. “Their health and economic situation as well as the risk, make it very difficult for them to leave.”He said that his contact in the Jewish community told him the synagogue in the Jewish quarter of Damascus only opens for two hours on Shabbat.In addition, Safadi said his contact told him about internal strife with one member of the community allegedly trying to sell the community’s assets.Prof. Yaron Harel, an expert of the history of the Jews in Syria from Bar-Ilan University, told the Post that just last week UNESCO recognized Israel’s Aleppo Codex as a world treasure and that it had been kept for centuries in the Great Synagogue of Aleppo, “now in danger of being destroyed.”Written in northern Israel around 930 CE, the codex has a storied and transient history. It was smuggled into Israel from Syria 60 years ago, and since then 200 of the original 500 pages have mysteriously disappeared.Harel noted that according to tradition the Aleppo synagogue was built around 3,000 years ago by the commander of King David’s army, Yoav ben-Zeruyah.The synagogue has been empty for almost 20 years and Harel is afraid it is going to be destroyed amidst the ongoing war just as another historical synagogue in the Damascus suburb of Jobar was destroyed in 2014.“As far as I know, there are no Jews left in Aleppo. Historically, Jews lived in the two main Syrian cities of Aleppo or Damascus,” he said.Asked about the Jews of Damascus, Harel responded, “For centuries, Jews lived in the poorest quarter of Damascus. Even when the Ottoman Empire sought to develop the country at the beginning of the 20th century it did not touch the Jewish sector.”Jews that had lived in Syria since before the edict of expulsion of Jews from Spain in 1492 and those Sephardic Jews that came to Syria in small numbers afterwards ended up taking over from the local Jewish tradition and prayer, he said.Unlike Sephardic Jews that went to Turkey, he continued, those that settled in Syria did not continue speaking the Spanish-Judeo language of Ladino, but adopted Arabic.On the other hand, the local Jewish population adopted the Sephardic halakha. “Torah scholars came from Spain and their level was much higher than the locals. They also were very educated in the sciences and general knowledge,” added Harel.JTA contributed to this report.