According to 'Al-Araby', the father went to the hospital in order to "thank" the doctor, only to pull out a gun and shoot him at close range. 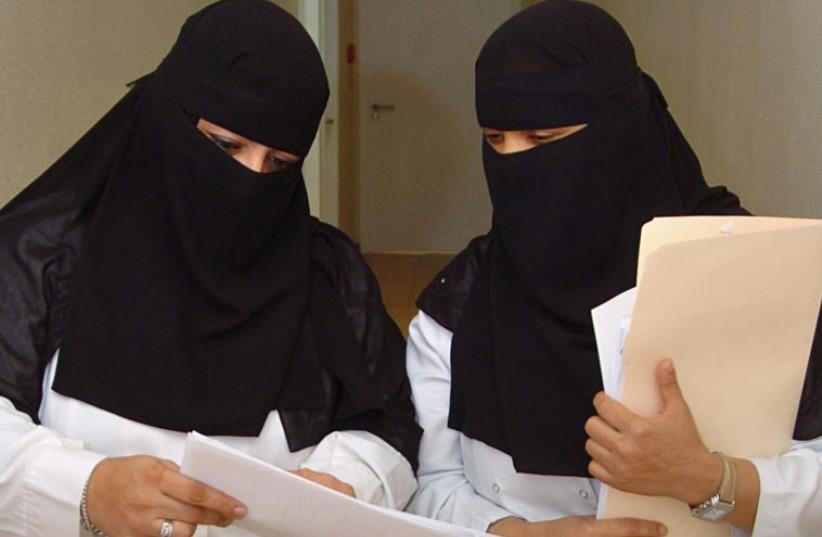 Saudi veiled women doctors work at a hospital in Riyadh
(photo credit: REUTERS)
Advertisement
A Jordanian doctor who helped deliver a baby at a Saudi hospital was shot by the woman's husband who was angry that a male obstetrician tended to his wife, according to a report in the London-based Al-Araby newspaper.Dr. Mohannad al-Zubn helped a woman give birth in the King Fahd Medical City in the Saudi capital of Riyadh last month.According to Al-Araby, the father went to the hospital in order to "thank" the doctor, only to pull out a gun and shoot him at close range.The doctor's wounds appear to be non-life threatening.The shooter was soon after arrested by the authorities."The husband came to the hospital looking for the doctor and shot him in the chest in an attempt to kill him for helping his wife deliver a baby," said a hospital spokesperson.Saudi Arabia, the desert kingdom governed by an austere form of Islam, is said to enforce strict gender segregation in public places.Some Saudis on social media expressed support for the husband."The mixing of men and women in hospitals and other places leads to corruption and vices such as exchanging looks, breakdowns in barriers between men and women, and unethical relationships forbidden in Islam," Arab News quoted one Saudi social media user who identified herself as a woman as saying.