Most non-state violence in 2015 was in Syria, Iraq, says IHS Jane’s report 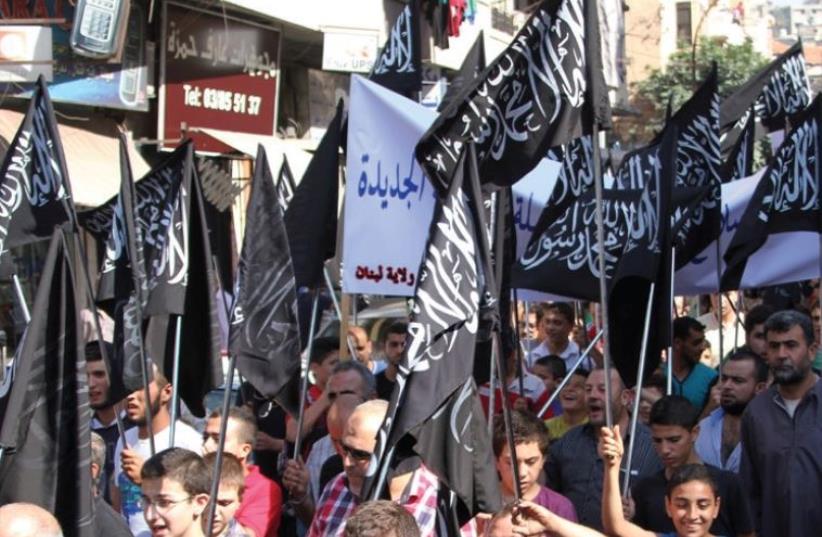 Members and supporters of the Islamist party Hizb Ut-Tahrir rally in Tripoli, northern Lebanon, in support of Palestinians and against Russian and US intervention in Syria, October 16
(photo credit: OMAR IBRAHIM / REUTERS)
Advertisement
The bulk of non-state violence in 2015 took place in Syria and Iraq, with Islamic State attacks spiking over 50 percent, IHS Jane’s Terrorism and Insurgency Center said on Thursday.A total of 18,987 attacks by non-state armed groups were carried out in 2015, down 6.5% from 2014.Almost half of these attacks took place in Syria and Iraq and 3,317 of them, or 17%, were claimed by Islamic State, according to the 2015 IHS Jane’s Terrorism and Insurgency Center Global Attack Index, based on open source data. IHS researched attacks from terrorist and insurgent groups worldwide.“For the second year in a row, Islamic State was the most operationally active non-state armed group,” said Matthew Henman, head of the IHS JTIC.“Underlining this, the total number of attacks claimed by or attributed to the group in 2015 increased by more than half and was more than six times higher than the nearest most active recorded group.”According to IHS, it “defines an ‘attack’ as any incident in which a sub-state actor (either an individual or organization) commits an illegal act of politically or ideologically motivated violence against persons or property, with the aim of coercing others to adopt or comply with its objectives or to submit to their authority, which results in death, damage or disruption.”Interestingly, the increase in Islamic State activity came as the group came under increasing pressure in Iraq and Syria. Despite the US-led coalition and Russian strikes as well as the loss of territory, the terrorist group seems not to have lost operational capability, said IHS.US non-state attacks almost tripled from 13 to 38 from 2014 to 2015, with a near quadrupling in the number of non-militant fatalities from 9 to 32. The violence included the San Bernardino shootings and the killing of five US Marines in Chattanooga, as well as the killing of nine people at an African-American church in Charleston.Notably, said IHS, the growing violence in eastern Ukraine was largely due to the actions of two main pro-Russia separatist organizations – the Donetsk People’s Republic (DPR) and the Luhansk People’s Republic (LPR) being in the top 10 most active non-state armed actors in 2015.“Significantly, the Donetsk People’s Republic carried out more attacks than the Taliban in 2015,” Henman said.“The 1,113 recorded attacks in Ukraine in 2015 represented an almost trebling of the 2014 total, reflecting the intensifying nature of the separatist insurgency in the eastern regions of Donetsk and Luhansk.”