The pilgrimage is a duty for all Muslims at least once in their lives if they can afford it. 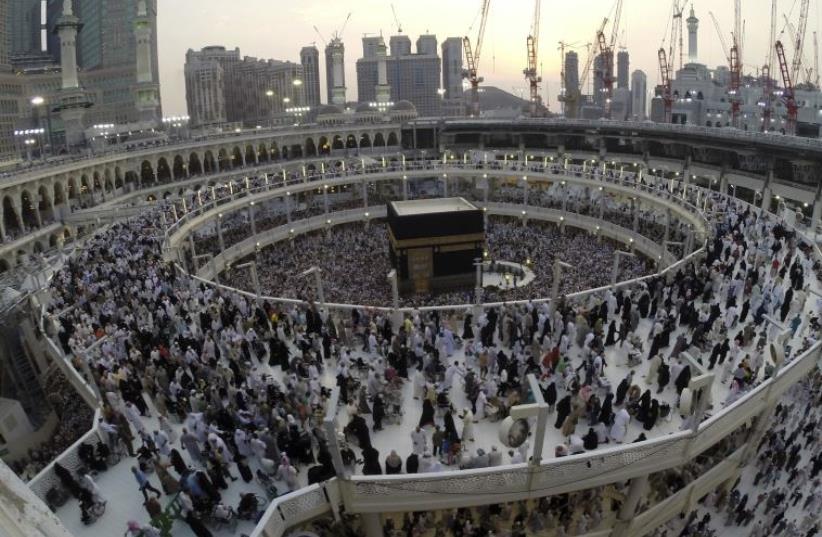 Muslim pilgrims pray around the holy Kaaba during their final circling at the Grand Mosque during the annual hajj pilgrimage
(photo credit: REUTERS)
Advertisement
Muslim pilgrims started settling in Arafat, near Mecca in Saudi Arabia, on Sunday to mark Arafa Day, the most important day of the annual haj or pilgrimage.The day of Arafa is considered the most important day during the Muslim pilgrimage. It is also the site where Muslims believe the Prophet Muhammad delivered his last sermon to believers.Women, men and children from around the world, and who speak different languages, were all united in prayer in Arafat.
Hajj in Mecca
Many pilgrims headed to al Rahmah Mountain to pray in peace. Some of them were seen crying while praying.One pilgrim from Egypt, Ossamah al Ghareeb, said pilgrims had to be prepared physically and psychologically for Sunday's event. Muslim pilgrims started arriving in Arafat in Saudi Arabia on Saturday. Men wearing unstitched white clothes and women wearing long dresses walked through the streets towards the plain of Arafat, south-east of Mecca.The rocky areas of Arafat, Mina and Muzdalifah a few kilometers east of Mecca are the main sites of hajj, which culminates with the Eid al-Adha holiday, and are the location of rituals laid out by the Prophet Mohammed.Haj is a duty for all Muslims at least once in their lives if they can afford the expensive and difficult journey, and for many it represents a moment of supreme spiritual worth that was reflected in the joy expressed at Arafat.