Organizers said that while Gaza is often synonymous with war and destruction, the festival sought to bring life back to the region through cinematic escapism. 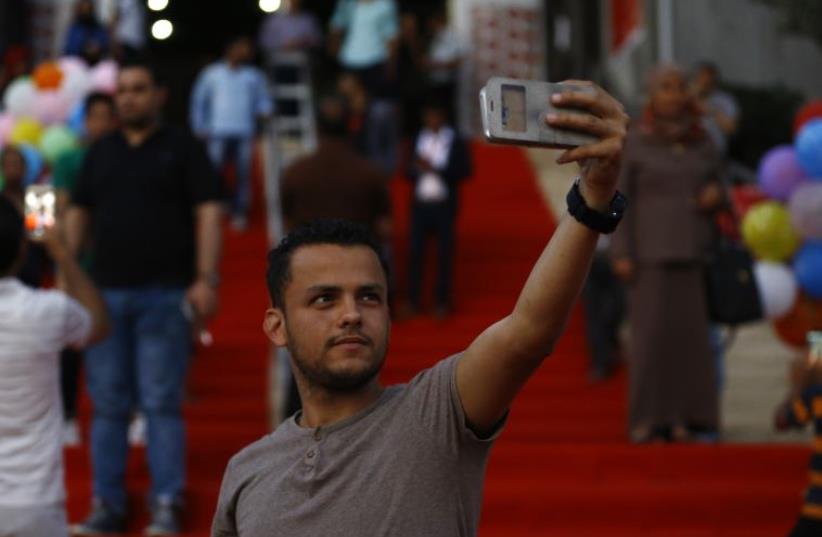 A Palestinian man takes a selfie during the opening ceremony of the Red Carpet festival in Gaza City, on 12 May 2016.
(photo credit: MOHAMMED ABED / AFP)
Advertisement
While the Cannes Film Festival rolled out the red carpet in France, another red carpet was laid among the rubble of Gaza City. Thursday marked the beginning of the Karama-Gaza Human Rights film festival, the first film festival of its kind to focus on human rights across the world.Over 70 short and long narrative and documentary films were set to be screened at the event, which took place March 12 through March 15. Event Organizer Saud Aburamadan told Al Jazeera that the theme of this year's festival was "let us breathe," and he hoped that the event would provide Gaza residents with a breath of fresh air away from the usual conflict. A large screen was set up on the wall of s destroyed house in the Shujaya neighborhood, which was left battered after Operation Protective Edge in 2014. 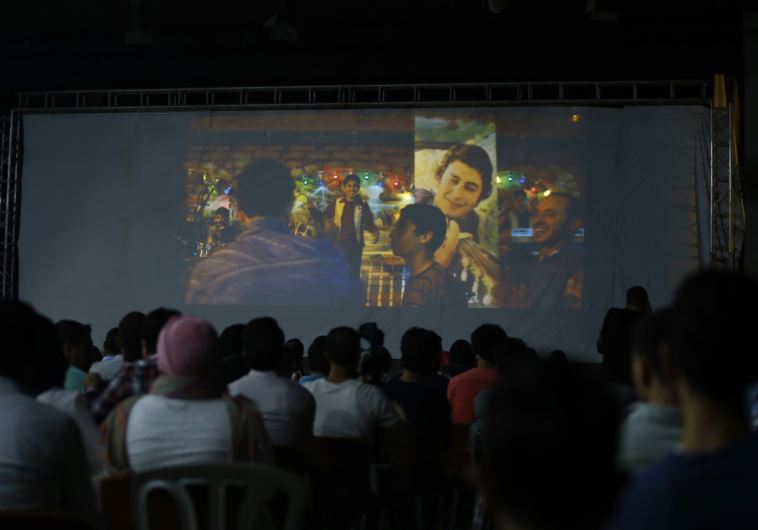 Residents of all ages walked down the carpet, which snaked its way through the ruins of the city. According to Aburamdan was the event's way of symbolizing the importance of each life in Gaza. Hundreds of people attended the festival, which screened films from international directors, including films from Syria, Jordan and Russia. Organizers said that while Gaza is often synonymous with war and destruction, the festival sought to bring life back to the region through cinematic escapism.