Will the anti-Qatar measures have an effect on oil? 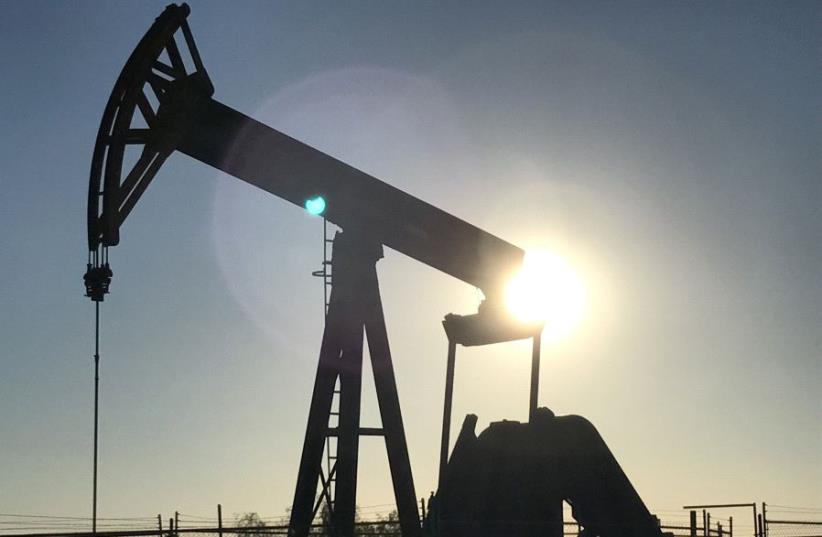 An oil rig drilling a well at sunrise near Midland, Texas
(photo credit: REUTERS)
Advertisement
Oil prices fell further below $50 a barrel on Tuesday on concerns that a diplomatic rift between Qatar and several Arab states including Saudi Arabia could undermine efforts by OPEC to tighten the market.Benchmark Brent crude oil LCOc1 was 15 cents a barrel lower at $49.32 by 0755 GMT, down around 8 percent from the open of futures trading on May 25, when an OPEC-led policy to cut oil output was extended into the first quarter of 2018.US light crude CLc1 was down 15 cents at $47.25.Leading Arab powers including Saudi Arabia, Egypt and the United Arab Emirates cut ties with Qatar on Monday, accusing it of support for Islamist militants and Iran.Steps taken include preventing ships coming from or going to the small peninsular nation from docking at Fujairah, in the UAE, used by Qatari oil and liquefied natural gas (LNG) tankers to take on new shipping fuel."The measures by the anti-Qatar alliance signal commitment to forcing a complete change in Qatari policy or creating an environment for leadership change in Doha," said Ayham Kamel, head of Middle East and North Africa research for Eurasia Group.With oil production of about 620,000 barrels per day (bpd), Qatar is one of the smallest crude producers in the Organization of the Petroleum Exporting Countries, but some investors fear tension within the cartel could weaken its agreement to hold back production in order to prop up prices.Greg McKenna, chief market strategist at futures brokerage AxiTrader, said there was "a real chance" OPEC solidarity surrounding its production cuts may fracture.But other analysts said these fears were exaggerated."The OPEC agreement stands and is highly unlikely to change because of tension with Qatar. Crude production in the Middle East will not change because of Qatar," said Oystein Berentsen, managing director for oil trading company Strong Petroleum.David Wech, managing director of Vienna-based consultancy JBC Energy, agreed: "We do not see too much cause for concern at this point regarding potential risk to the OPEC-led supply accord currently in effect."Rising US production is also putting pressure on oil.US crude output has jumped more than 10 percent since mid-2016 to 9.34 million bpd, industry figures show. C-OUT-T-EIA"The relentless increase in US oil production appears to have the market worried that the OPEC cuts will be completely nullified by the increased U.S. production," said William O'Loughlin, analyst at Rivkin Securities.