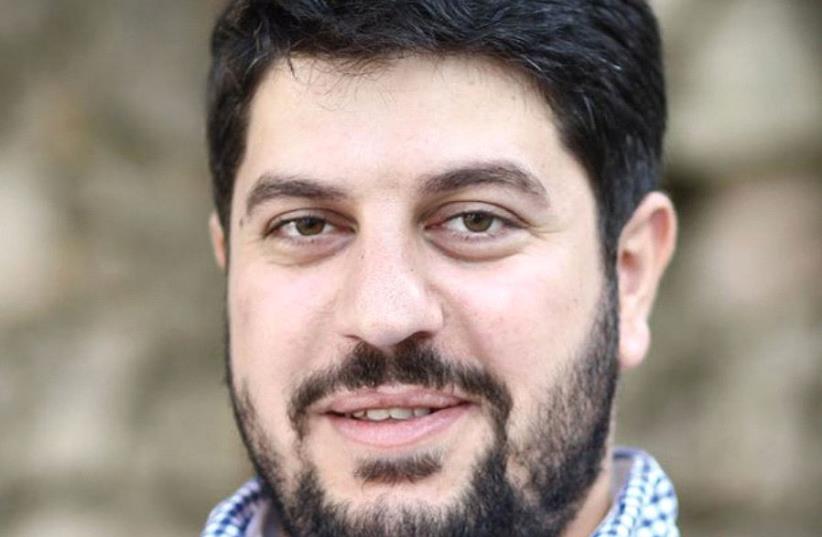 Abbad Yahya
(photo credit: WIKIMEDIA)
Advertisement
Palestinian authorities banned a Palestinian novel from all bookstores for sexually explicit language and immoral terms on Tuesday.Attorney-General Ahmad Barak issued an order instructing Palestinian Authority law enforcement to confiscate the novel from all bookstores, libraries and kiosks as a part of an investigation into it.Barak said that the novel, Crime in Ramallah, includes “immodest, immoral, and indecent texts and terms that could negatively influence citizens, especially minors and children,” adding that it violates Palestinian print and distribution laws and child protection laws.Abbad Yahya, the author of the novel, blasted the attorney- general for his order, saying that it raises serious concerns about freedom of expression.“I am amazed and anxious about the reality of freedom of innovation, expression and writing, and shocked that this is happening,” Yahya, who has been summoned by the police for questioning, wrote on his Facebook page, clarifying that he suspects the authorities likely have not even read his novel.The book tells the story of Raouf, Wisam and Nour, all of whom are connected to a crime. It includes explicit language and sex scenes, which are taboo in some parts of Palestinian society.Wisam al-Rabia, the owner of the Dar al-Shurouq bookstore in Ramallah, said that police came to his shop on Wednesday and confiscated the novel.“Everyone should have the freedom to choose what he wants to read without limits or restrictions,” Rabia said.Since its establishment in the early 1990s, the PA has never imposed a blanket ban on a novel in the Palestinian territories. In March 2007, however, the PA Education Ministry removed Speak, Bird, Speak Again, a collection of folktales, from schools for its explicit language, before backtracking on its decision a week later amid protests.Rabia added that he finds the ban hypocritical because he legally carries a number of other books that contain explicit language and sexual content, such as For Bread Alone by Moroccan author Muhammad Choukri.The Independent Commission for Human Rights, an organization established by the PA, called on the attorney- general to rescind his decision.“The commission affirms that summoning the author for interrogation... and confiscating books directly affects the civilized image of Palestine and its accomplishments in protecting freedom of innovation and innovators,” the commission said.Some senior Palestinian leaders have also come out against banning the novel.“I will begin reading Crime in Ramallah today... The decision to ban its circulation has made me more insistent on reading it,” said Ihab Bseiso, the PA culture minister. “The value of innovative work is provoking questions and leaving room for interpretation and criticism.”The PLO Culture Bureau said the banning the novel “opens the door to abuses of brutal censorship.”

Tags population of palestine
Advertisement
Subscribe for our daily newsletter