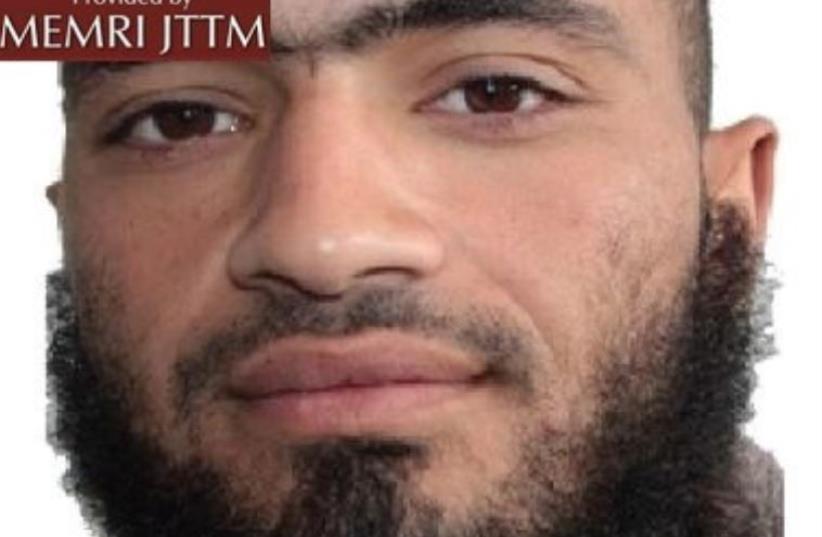 Mahmoud al-Salfiti
(photo credit: MEMRI)
Advertisement
A Palestinian convicted for involvement in the abduction and murder of Italian activist Vittorio Arrigoni in 2011, reportedly escaped recently from Gaza to Syria in order to join Islamic State while on leave from prison to visit his family for the month of Ramadan.Palestinian newspaper Al-Quds reported that it was unclear whether Mahmoud al-Salfiti left Gaza using tunnels or crossed through the Rafah border using a fake identity.A Hamas-run court sentenced him to a life sentence in 2012 for his involvement in the killing of Arrigoni.Arrigoni, a pro-Palestinian activist, was found strangled in an abandoned house in 2011 after a jihadi Salafi group aligned with al-Qaida abducted him and threatened to execute him unless Salafi leader Hisham al-Saidni was freed.Arrigoni had lived in Gaza since arriving in 2008 aboard a humanitarian aid boat that Israel had admitted to the Strip.