In an opinion piece for Germany's Frankfurt Allgemeine Zeitung, Orban said the people of Europe were at odds with the majority of governments on the refugee crisis. 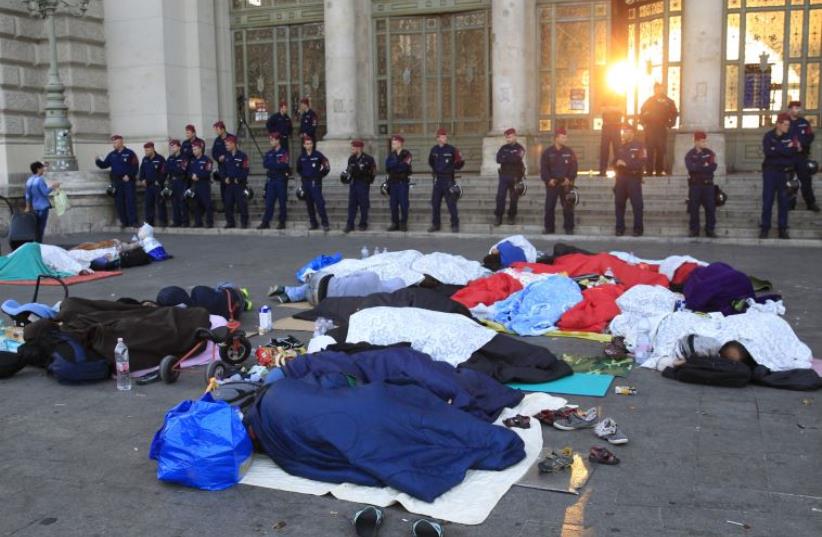 Migrants sleep outside the Keleti railway station in Budapest
(photo credit: REUTERS)
Advertisement
The influx of refugees into Europe threatens to undermine the continent's Christian roots and governments must control their borders before they can decide how many asylum seekers they can take, Hungarian Prime Minister Viktor Orban said.In an opinion piece for Germany's Frankfurt Allgemeine Zeitung, Orban said the people of Europe were at odds with the majority of governments on the refugee crisis."The people want us to master the situation and protect our borders," he wrote. "Only when we have protected our borders can questions be asked about the numbers of people we can take in, or whether there should be quotas."Hungary is building a 175 km (110-mile) long fence along its border with Serbia to keep out an accelerating flow of migrants entering from the south.Orban said his country was being "overrun" with refugees, adding most were not Christians, but Muslims."That is an important question, because Europe and European culture have Christian roots. Or is it not already and in itself alarming that Europe's Christian culture is barely in a position to uphold Europe's own Christian values?" he asked.