According to one medical representative, the World Health Organization also confirmed the presence of the lethal viruses in the humanitarian cargo. 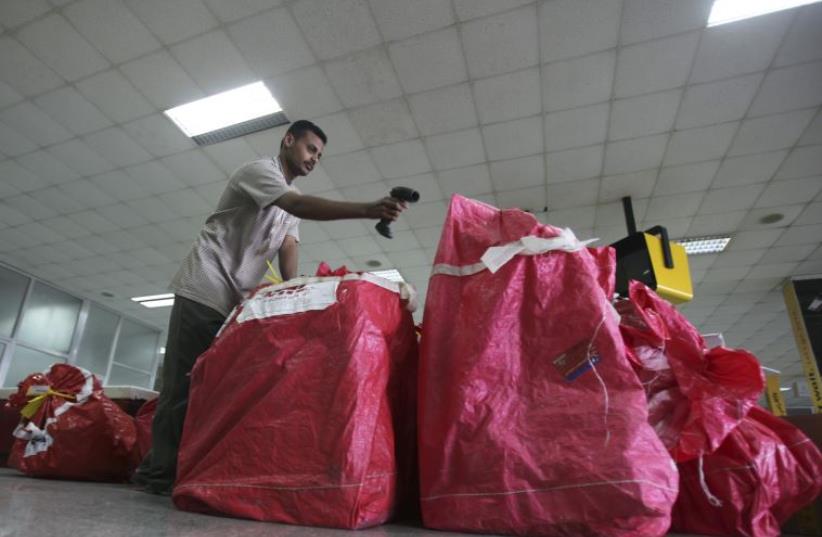 A DHL worker checks parcels at Sanaa International Airport.
(photo credit: REUTERS)
Advertisement
In one of the most bizarre rumors to have emerged from the conflict in Yemen, reports have surfaced linking the spread of lethal diseases to an unlikely source, humanitarian aid. On Monday,  Iran's semi official FARS news agency reported a claim made by a "renowned specialist,' Dr. Hassan Karim, who asserted that  "tens of Yemeni citizens have been infected with deadly HIV and hepatitis viruses after using the drugs aid cargo sent by the king of the enemy state, Saudi Arabia."Karim further claimed that the World Health Organization also confirmed the presence of the viruses on the cargo, though no press release or statement from the organizations corroborated the claim. Saudi Arabia, fearing a complete takeover of its southern neighbor by the Shi'ite Tehran-backed Houthis,  launched an air and ground offensive in March geared towards restoring the rule of the ousted, pro-Riyadh President, Abd Rabbuh Mansour Hadi. Yet the Kingdom also heeded the call of international bodies, including the UN, to rally in support of innocent non-combatants caught in the midst of the fighting, pledging $274m in humanitarian aid in April.So far, nearly 2,000 people have been killed in the fighting between the Houthi militias and the Saudi-led coalition, according to figures recorded by the WHO in late May.