Claim made by a Saudi political analyst who is well known for leaking exclusive information about the royal family of Saudi Arabia on Twitter. 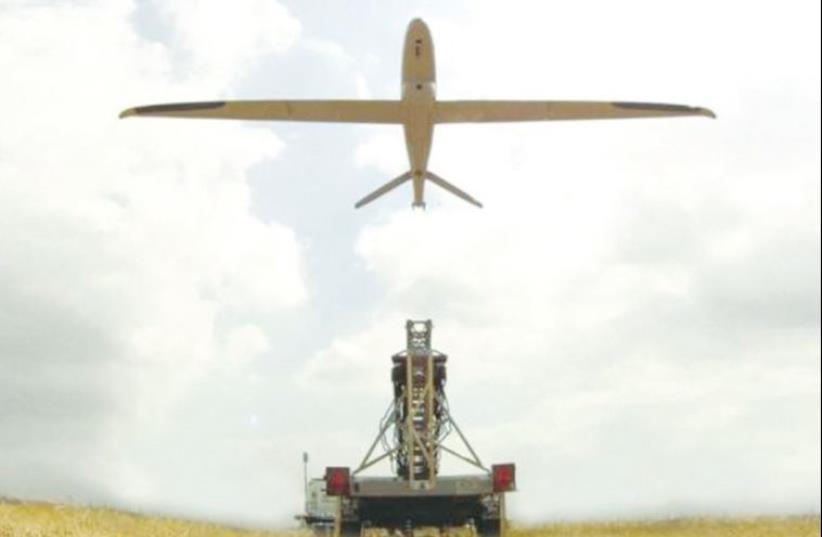 ELBIT ANNOUNCED yesterday the arrival of an upgraded drone called the Skylark 3 that delivers over-the-next-hill visual intelligence. It’s from the same family of UAVs that currently helps IDF units.
(photo credit: Courtesy)
Advertisement
A Saudi political analyst who is well known for leaking exclusive information about the royal family of Saudi Arabia on Twitter has recently reported that the kingdom buys drones from Israel, in cooperation with South Africa.In a series of remarks he wrote on his Twitter page Wednesday, the Saudi analyst suggested that the official report released by the Saudi Defense Ministry according to which the kingdom would build a drone factory in collaboration with South Africa is false."The report aims to hide the fact that Saudi Arabia intends to purchase drones from Israel via South Africa," the analyst, calling himself "Mujtahid", claimed.He further stated: "Notwithstanding the political controversies between Israel and South Africa, the military cooperation between both states strongly continues, enabling South Africa to purchase drones from Israel."Saudi Arabia buys Israeli drones through South Africa. These drones later arrive from South Africa, dismantled, to Saudi Arabia, where they are assembled, Mujtahid added, describing the mechanism developed to carry out the Israeli-Saudi deal.According to the Saudi analyst, this deal not only means that the Saudi deputy crown prince and Defense Minister, Mohammad bin Salman, committed fraud by lying to the Saudi people, but it also paints him as a traitor who is serving Israel's interests by purchasing its drones.