Report: Suspect in Foley beheading was once rapper known as 'L Jinny'

'The Independent' reports that Abdel Majed Bary had a rising music career in the UK; his father is a suspected lieutenant of Bin Laden and is in US custody. 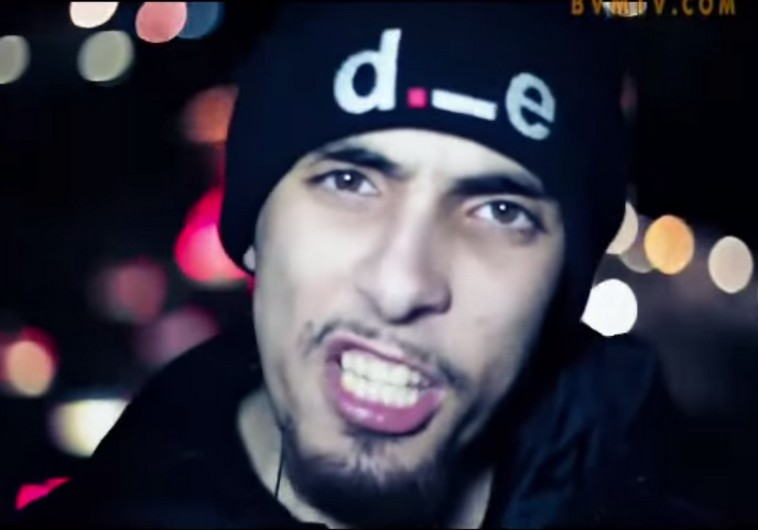 LONDON – Assessments by Britain’s two intelligence and security agencies has led to the positive identification of the British-born jihadist who it is believed beheaded freelance journalist James Foley last week.According to The Sunday Times, a combined investigation by MI5 and MI6 led to a terrorist nicknamed “Jihadi John” by his colleagues, a 23-year-old named Abdel-Majed Abdel Bary.While senior government sources gave no details to the paper, Abdel Bary reportedly left his family’s wealthy West London home in Maida Vale last year. It is believed that it was his London-accented voice that was heard on the ISIS video as he held a knife to Foley’s throat.Abdel Barry recently tweeted a photograph of himself holding a severed head in his left hand and an assault rifle in his right.Police and counterterrorism experts used a range of technology to identify him, including voice recognition and computer-aided analysis of the beheading video landscape. One specialized technique compared veins on hands, a method also used when journalist Daniel Pearl was beheaded in Pakistan in 2002, which led to al-Qaida member Khalid Sheikh Mohammed being identified as his murderer.Abdel Bary, who before he left the UK was a hip hop artist, is thought to be in Raqqa, the northern Syrian city where Foley was murdered.He is said to be one of six British jihadists in the region.He was shown in the beheading video holding a knife in his left hand before placing it against Foley’s throat. However, questions still remain as to whether he carried out the execution, as there was a crucial break in the footage between when the knife was held at Foley’s throat and the gruesome picture of Foley’s severed head.The paper revealed that two months ago, Abdel Bary issued a threat on Twitter: “The lions are coming for you soon, you filthy kuffs [infidels] … beheadings in your own backyard soon.”The Sunday Times also noted that his father is Abdel Abdul Bary, who is wanted by the United States on terrorism charges for his alleged role in the 1998 bombing attacks on the American embassies in Kenya and Tanzania.British terrorism experts have warned that there is a new wave of jihadists heading to Syria and Iraq, up to 20 a month, who have been carefully evading British authorities by using circuitous routes, such as via the Indian subcontinent under the guise of taking a family holiday. They are said to have been inspired by the recent creation of an “Islamic caliphate” by the Islamic State terrorist organization.They are joining an estimated 500 British jihadists thought to be in both Iraq and Syria, and British authorities have repeatedly warned that they could pose a major threat to public safety when they return to the UK.In the same paper, recently appointed Foreign Secretary Philip Hammond acknowledged the danger and said Islamist extremism is not only causing huge suffering in Iraq and Syria, but is “also a barbaric ideology threatening us at home.” Sooner or later, he added, “they will seek to strike us on British soil.”While at present he said there will be no British boots on the ground in either country, the UK government is going to confront the barbarians on every front and is helping to arm those opposing Islamic State.The jihadists, he said “may carry our passports, but do not share our values.” It is “horrifying to think the perpetrator of this heinous act could have been brought up in Britain,” he said, adding “it is an utter betrayal of our country, our values, and everything the British people stand for.”British Ambassador to the US Sir Peter Westmacott said in an interview with CNN on Sunday that British efforts to intercept returning jihadists have not gone without success.“We have picked up 60 or 70 of these people over the last year at our borders coming back from Iraq and Syria, intending to do terrible damage to our own countries and our own societies,” he noted.