Report: 'Terrorists' could seize US nuclear weapons from Turkish base

Claims of potential breach risk at southern Turkey's Incirlik base are made in report issued by the Washington-based Stimson Center. 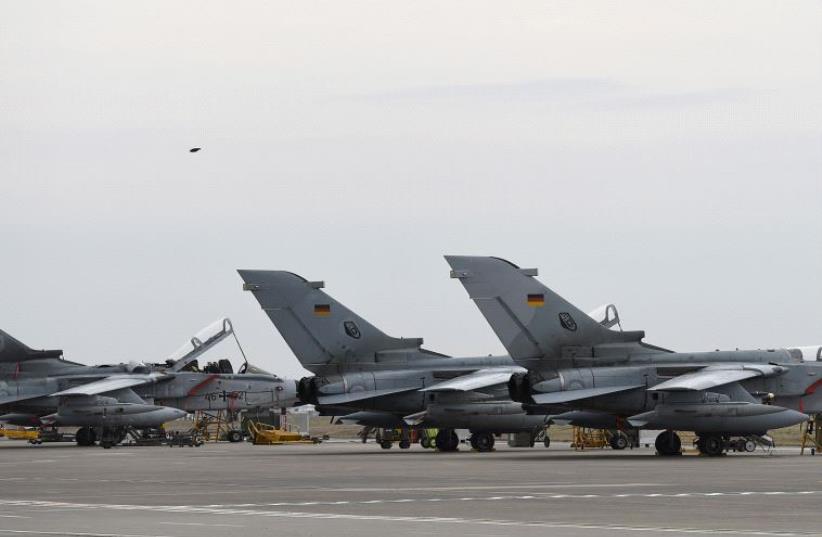 German Tornado jets are pictured on the ground at the air base in Incirlik, Turkey, January 21, 2016
(photo credit: REUTERS)
Advertisement
"Terrorists or other hostile forces" could possibly capture dozens of US nuclear weapons housed in a Turkish air base near the Syria border, AFP cited a Washington-based think tank as warning Monday. Turkey, which has NATO's second-largest military, allows the United States to use the Incirlik Air Base in southern Turkey to launch attacks against Islamic State militants. The claims, made in a new report issued by the non-partisan Stimson Center, raised the issue of the risk of a potential breach following Turkey's recently failed coup. The air base's commander was arrested on suspicion of complicity in the aftermath of the mid-July coup attempt."From a security point of view, it's a roll of the dice to continue to have approximately 50 of America's nuclear weapons stationed at Incirlik Air Base in Turkey," AFP quoted the report's co-author Laicie Heeley as saying.The security of the United States' approximately 50 nuclear bombs stored at Incirlik has been increasingly scrutinized since the attempted coup.The Stimson Center report questioned whether America could have maintained control of the atomic weapons in the event of a prolonged civil conflict in Turkey. "There are significant safeguards in place. ... But safeguards are just that, they don't eliminate risk," AFP quoted Heeley as saying. "In the event of a coup, we can't say for certain that we would have been able to maintain control."The air space around Incirlik, which is used by several thousand US personnel, was closed during the attempted coup amid concerns a tanker aircraft commandeered from the base was used to refuel aircraft involved in the attempted overthrow.The base ran on backup generator power for a week while commercial electricity was cut after it was interrupted during the attempted military coup against Turkish President Recep Tayyip Erdogan.The air space around the base quickly reopened in the days after the attempted coup so that US warplanes involved in the fight against Islamic State militants in Iraq and Syria could continue their operations.  Reuters contributed to this report.