Saudi-owned newspaper reports that US-indicted leader of Hezbollah al-Hejaz was captured in Beirut and transferred to Riyadh. 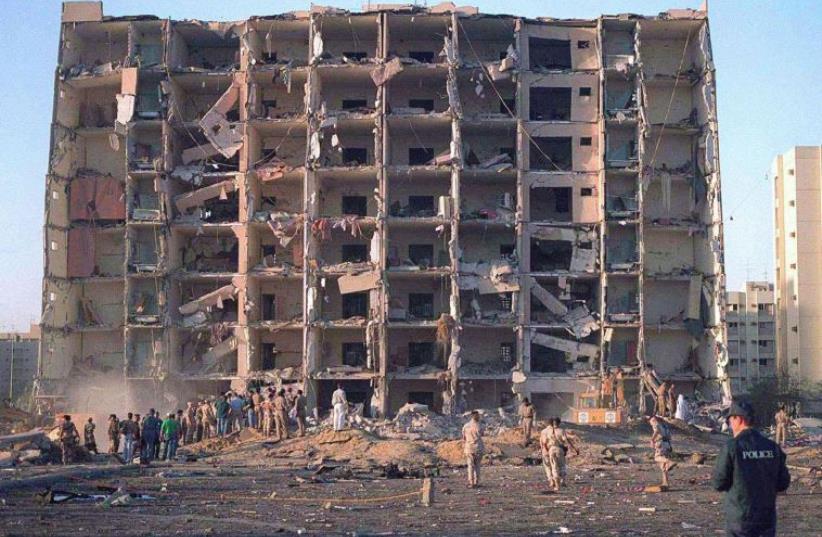 The Khobar Towers military complex in Saudi Arabia where a bombing killed 19 US servicemen in June 1996
(photo credit: REUTERS)
Advertisement
The main suspect in the 1996 bombing of the Khobar Towers residence at a US military base in Saudi Arabia has been captured after nearly 20 years on the run, a Saudi-owned newspaper reported on Wednesday.Asharq al-Awsat said Ahmed al-Mughassil, leader of the Hezbollah al-Hejaz who had been indicted by a US court for the attack that killed 19 US service personnel and wounded almost 500 people, had been captured in the Lebanese capital Beirut and transferred to Riyadh.Saudi authorities said they were looking into the report but did not provide further information.A Lebanese security source said that Mughassil, a Saudi national, had been detained in Lebanon and transferred to Saudi Arabia around two weeks ago and that he was considered by Riyadh as the top suspect in the case.Saudi Arabia and the United States have accused Iran of orchestrating the truck-bomb attack. Iran has denied any responsibility for the attack.Asharq al-Awsat quoted official Saudi sources as saying Saudi security personnel had received information about the presence of 48-year-old Mughassil in Beirut."The discovery of Mughassil and his arrest in Lebanon and his subsequent transfer to Saudi Arabia is a qualitative achievement, for the man had been in disguise in a way that made it hard to identify him," Asharq al-Awsat said, without elaborating on when he was captured and who captured him.In 2006, a US federal judge ordered Iran to pay $254 million to the families of 17 U.S. service personnel killed in the attack in a judgment entered against the Iranian government, its security ministry and the Revolutionary Guards after they failed to respond to a lawsuit initiated more than four years earlier.The 209-page ruling had found that the truck bomb involved in the attack was assembled at a base in Lebanon's Bekaa Valley operated by Hezbollah and the Revolutionary Guards, and the attack was approved by Iran's Supreme Leader Ayatollah Ali Khamenei.