In 2017, Saudi security forces surrounded a house in Jeddah and exchanged fire with two men with ties to Islamic State, who blew themselves up. 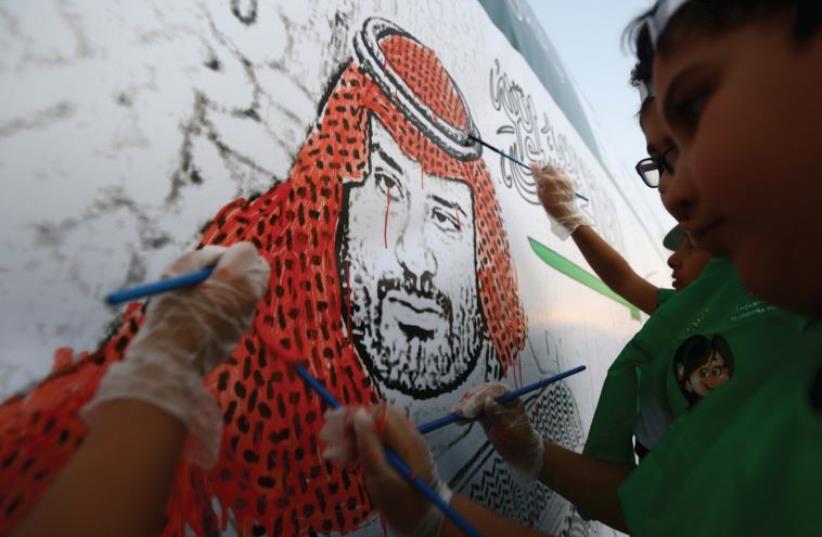 Saudi boys paint a mural depicting Saudi Arabia’s Deputy Crown Prince and Defense Minister Mohammed bin Salman in Jeddah on October 29
(photo credit: REUTERS)
Advertisement
A Saudi court has sentenced three people to death for their involvement in an attack in Jeddah when two men blew themselves up after a shootout with police, state-run Al Ekhbariya television said on Sunday.

In 2017, Saudi security forces surrounded a house in Jeddah and exchanged fire with two men with ties to Islamic State, who blew themselves up.

The court convicted the three on terrorism-related charges including possessing explosives, Ekhbariya said.

Sunni militants have carried out many shootings and bombings in Saudi Arabia since 2014, soon after then-Islamic State leader Abu Bakr al-Baghdadi summoned Saudi supporters to mount attacks at home instead of abroad in wars in Syria and Iraq.

Most of the attacks targeted minority Saudi Shi'ites or state security officers and were carried out by people who had sworn allegiance to Islamic State or were claimed by the militant group in online postings, Saudi authorities said.

Saudi Arabia had earlier barred its citizens from going to wage jihad (holy war) abroad, used its Sunni clergy to denounce Islamic State, imposed prison terms for supporting the group and joined US-led air strikes against IS in Syria.
Advertisement
Subscribe for our daily newsletter