Saudi Arabia has resumed its participation in air strikes against Islamic State in recent weeks and US Defense Secretary Ash Carter on Thursday welcomed its commitment to expand its role. 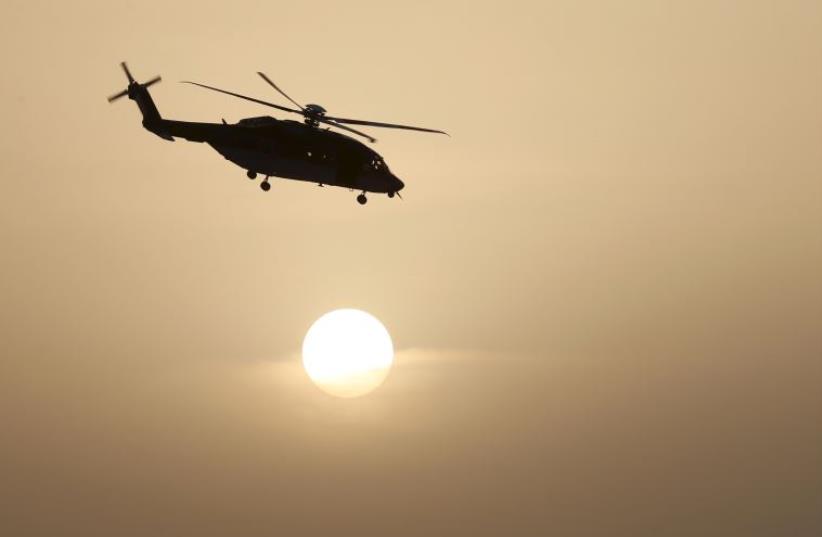 A helicopter of Saudi special forces flies near the setting sun during a graduation ceremony held in Riyadh
(photo credit: REUTERS)
Advertisement
ISTANBUL- Saudi Arabia will send aircraft to NATO-member Turkey's Incirlik air base for the fight against Islamic State militants in Syria, Turkish Foreign Minister Mevlut Cavusoglu was reported as saying on Saturday.Saudi Arabia has resumed its participation in air strikes against Islamic State in recent weeks and US Defense Secretary Ash Carter on Thursday welcomed its commitment to expand its role."Saudi Arabia is now sending planes to Turkey, to Incirlik. They came and carried out inspections at the base," Cavusoglu told the Yeni Safak newspaper, adding it was unclear how many planes would come and that the Saudis might also send soldiers.Saudi officials could not immediately be reached for comment on Cavusoglu's remarks.US President Barack Obama has ruled out sending US ground troops to Syria. But Saudi Arabia this month offered ground forces to fight Islamic State and Cavusoglu said Turkey and the Saudis would support a coalition ground operation."We said that if there is such a strategy, Turkey and Saudi Arabia can join a ground operation," he told the Yeni Safak paper on the sidelines of a security conference in Munich.Major powers agreed in Munich on Friday to a pause in combat in Syria, but Russia pressed on with bombing in support of its ally President Bashar al-Assad, who promised to fight on until he regained full control of the country.Four months of Russian air strikes in Syria have helped Assad wrest back territory from rebels fighting government forces, alarming Gulf Arab states who back the insurgents.Asked if Saudi troops could enter Syria from Turkey, Cavusoglu said: "This is a wish, not a planned thing. Saudi Arabia is sending planes and says, 'I can send soldiers for a ground operation when it is necessary."