It will be the first meeting since Trump took office in January between the US President and the powerful prince. 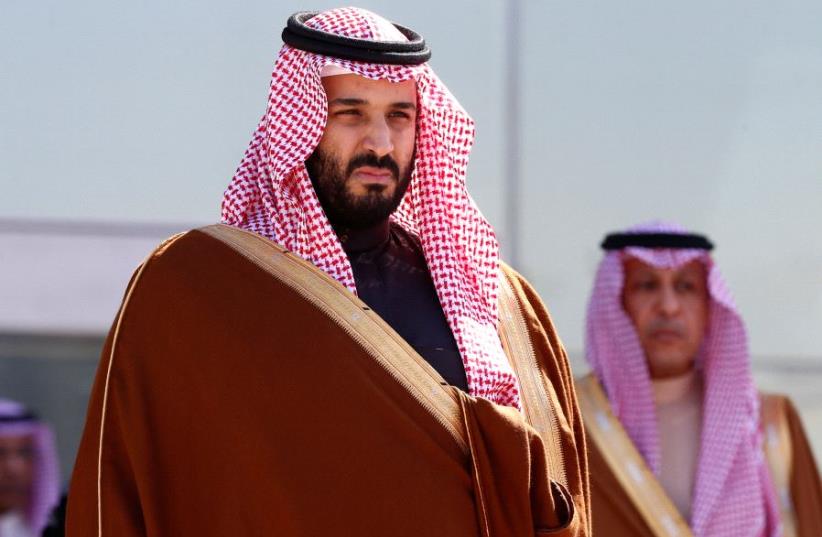 Saudi Deputy Crown Prince Mohammed bin Salman
(photo credit: REUTERS)
Advertisement
RIYADH - Deputy Crown Prince Mohammed bin Salman, in charge of Saudi Arabia's reforms, left on Monday for Washington to meet President Donald Trump on a visit expected to promote the world's top oil exporter as an investment destination.It will be the first meeting since Trump took office in January between the US President and the powerful prince leading the kingdom's efforts to revive state finances by diversifying away from falling crude oil revenues.Under the plan, which seeks to promote the private sector and make state-owned companies more efficient, Riyadh plans to sell up to 5 percent of state oil giant Saudi Aramco in what is expected to be the world's biggest initial public offering.Facing a growing budget deficit after recent falls in oil prices, the kingdom also announced an austerity drive to reduce state spending, although industry sources say it has also promised major development projects later this year to soften the economic impact of those cuts.A royal court statement said that in his talks with Trump and other US officials, Prince Mohammed, who heads a supercommittee driving economic reform and is also Saudi defense minister, was expected to "discuss reinforcing bilateral relations and review regional issues of mutual interest."It said that the working visit would start on Thursday but gave no further details.John Sfakianakis, director of economic research a the Gulf Research Center, said the focus of the visit would be "to showcase Saudi investment opportunities... the Saudi Aramco IPO as well as the reforms undertaken in the wider economic space."The trip takes place less than a year after the prince, son of Saudi King Salman bin Abdulaziz and the second in line to the throne, visited Silicon Valley to sell his vision of market-oriented reforms and a transformation of the kingdom's society.By freeing the kingdom from the statist model of its past, he hopes ultimately to create new private sector jobs for younger people in a country where half the population of 21 million Saudis -- there are also 10 million expatriates -- are estimated to be under 25.Younger Saudis face entrenched unemployment, a skills shortage, a lack of housing and growing pressure on living standards as the kingdom's oil income grows ever less able to finance the needs of a rising population.King Salman is currently in Japan on a month-long Asia tour to build ties with the world's fastest growing importers of Saudi crude and promote investment opportunities, including the sale of a stake in its giant state firm Saudi Aramco.Trump spoke by telephone with Salman soon after he took office in January and agreed to support safe zones in Syria, according to a White House statement.Salman invited Trump "to lead a Middle East effort to defeat terrorism and to help build a new future, economically and socially," for Saudi Arabia and the region, Saudi media reported.Before his departure for the United States, Prince Mohammed met Citigroup’s Chief Executive Officer Michael Corbat in Riyadh on Sunday to discuss investment opportunities in the kingdom and globally, SPA reported.