"You are a disgrace not only to the GOP but to all America," Prince Alwaleed, the chairman of Kingdom Holding, said on his Twitter account, addressing Trump and referring to the Republican Party. 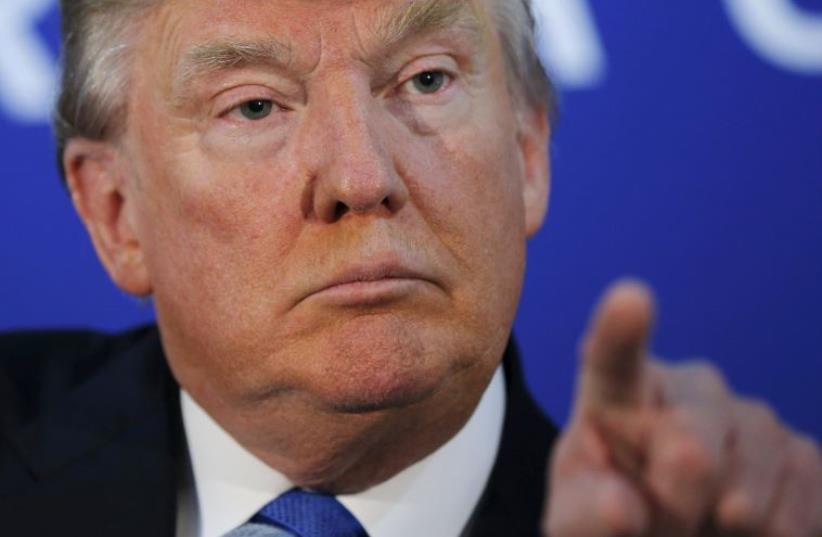 Republican presidential candidate Donald Trump during a campaign stop in Worcester, Massachusetts
(photo credit: REUTERS)
Advertisement
DUBAI - Saudi billionaire Prince Alwaleed bin Talal has called Donald Trump a disgrace to the United States following his call for a ban on Muslims entering the country, and demanded the Republican front-runner withdraw from the US presidential race.Trump triggered an international uproar when he made his comments in response to last week's deadly shootings in California by two Muslims who authorities said were radicalized."You are a disgrace not only to the GOP but to all America," Prince Alwaleed, the chairman of Kingdom Holding, said on his Twitter account, addressing Trump and referring to the Republican Party.

.@realDonaldTrump You are a disgrace not only to the GOP but to all America. Withdraw from the U.S presidential race as you will never win.
— الوليد بن طلال (@Alwaleed_Talal) December 11, 2015


Within hours, Trump fired back a response, also on Twitter.

Dopey Prince @Alwaleed_Talal wants to control our U.S. politicians with daddy’s money. Can’t do it when I get elected. #Trump2016
— Donald J. Trump (@realDonaldTrump) December 12, 2015


Trump's comments have already cost him business in the Middle East, with a major chain of department stores halting sales of his glitzy "Trump Home" line of lamps, mirrors and jewelry boxes.On Thursday, Dubai real estate firm Damac, which is building a $6 billion golf complex with Trump, stripped the property of his name and image.Prince Alwaleed, a nephew of Saudi Arabia's King Salman, has holdings in a number of international companies, including Twitter and Citigroup. In July he said he will donate $32 billion to charity in coming years via Alwaleed Philanthropies.