'The Druse of Aleppo are vulnerable to attack,' Israeli official says

Ayoob Kara, the deputy minister of regional cooperation, hosted a military briefing in his home in the Druse village of Daliat al-Carmel. 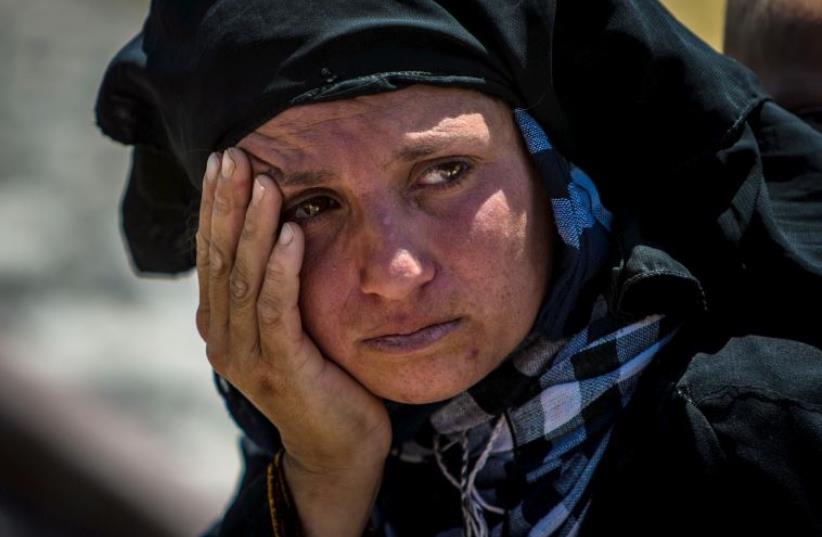 A woman reacts as she rests from walking back to Tel Abyad town, Raqqa governorate, after fleeing Maskana town in the Aleppo countryside
(photo credit: REUTERS)
Advertisement
The top Druse official in the Israeli government said on Saturday that members of his religious sect remain vulnerable to attack in the Syrian town of Aleppo.Ayoob Kara, the deputy minister of regional cooperation, hosted a military briefing in his home in the Druse village of Daliat al-Carmel. Kara, the most senior Druse politician in the ruling Likud faction, invited a number of Druse IDF reservist officers to participate in the session.“The situation in the village of Hader, not far from the border with Israel on the Golan Heights, is under control, contrary to press reports,” the deputy minister said. “As a Druse, my problem is what is taking place in Aleppo, which is the only place where the Druse community has no protection.”“I am going through various channels to try and help them any way I can,” Kara said.“The Jews fled Aleppo over the years due to persecution,” said the deputy minister, who traces his family origins to Aleppo. “I will do everything in my power so that the Druse do not disappear from there as well because of religious persecution.”Kara said that he plans to fly to Ankara later this week for talks with Turkish officials, which will focus on the plight of Druse in the Syrian village of Idlib.