According to the Harvard Gazette, Tillerson said that Netanyahu was “an extraordinarily skilled” politician and diplomat, although “a bit Machiavellian.” 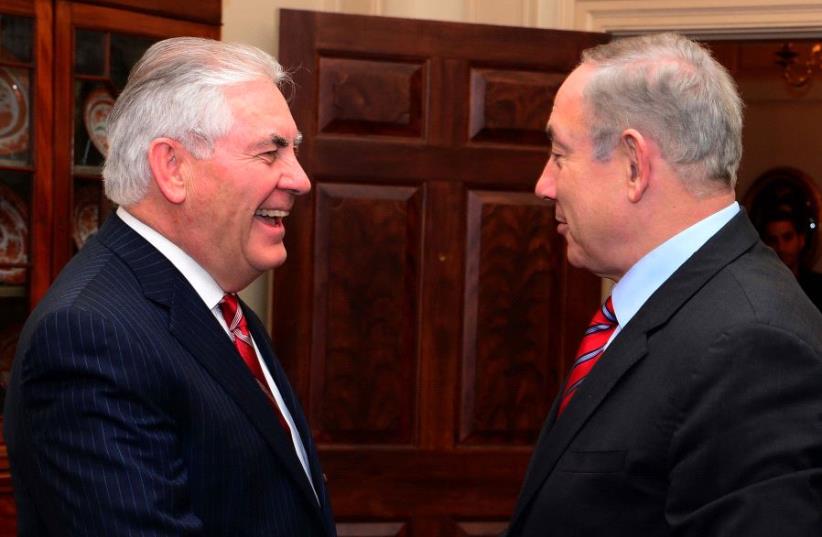 Benjamin Netanyahu and Rex Tillerson
(photo credit: AVI OHAYON - GPO)
Advertisement
Former US secretary of state Rex Tillerson of having “played” US President Donald Trump and providing him with “misinformation.”The Harvard Gazette, the university’s official news website, reported on Wednesday that Tillerson made the comments during a private talk that he gave at the university on Tuesday, detailing his tenure as secretary of state. Tillerson served as the top US diplomat for 14 months – from February 2017 to March 2018 – until Trump fired him via Twitter.According to the Gazette, Tillerson said that Netanyahu was “an extraordinarily skilled” politician and diplomat, although “a bit Machiavellian.” He said that the prime minister builds good and “useful” relationships with leaders and countries that he figures he will need in the future.“In dealing with Bibi, it’s always useful to carry a healthy amount of skepticism in your discussions with him,” Tillerson was quoted as saying, adding that Israel would share “misinformation” when it felt it was necessary to persuade the US.“They did that with the president on a couple of occasions, to persuade him that ‘We’re the good guys, they’re the bad guys,’” Tillerson said. “We later exposed it to the president so he understood, ‘You’ve been played.’ It bothers me that an ally that’s that close and important to us would do that to us.”A spokesman for the prime minister responded by saying, “Secretary Tillerson, Israel is the good guy.”During his short term in office, Tillerson – a former ExxonMobil CEO – had little to do with the Israel-Palestinian diplomatic efforts. That issue was placed instead in the hands of Jared Kushner, Trump’s senior adviser and son-in-law.