Former Pentagon official: Erdogan is trying to Islamize Europe quickly. That is what open borders would mean. 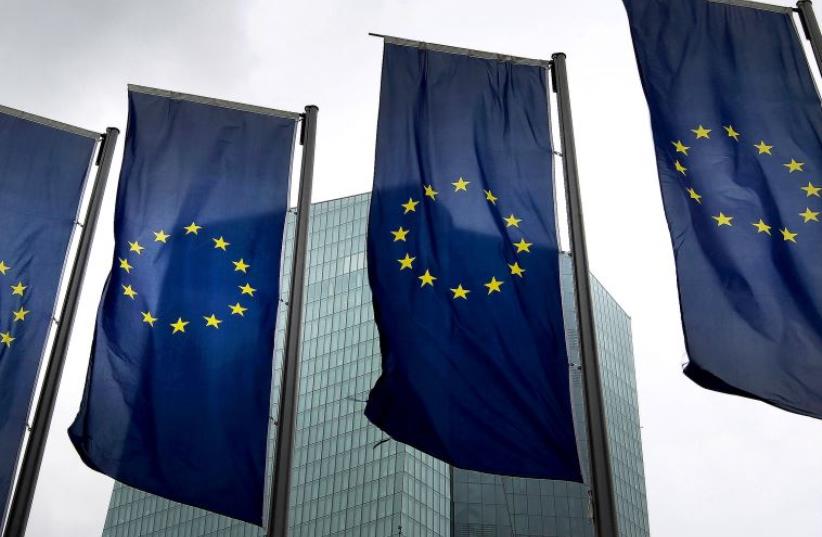 EU flags
(photo credit: AFP/ DANIEL ROLAND)
Advertisement
The EU effort to grant visa-free entry to Turks in return for help in blocking the entry of refugees could backfire, leading to a flood of Muslim migrants.Turkish President Recep Tayyip Erdogan could use the mechanism to increase the number of Muslims in Europe as part of his Islamist agenda to Islamize Europe.He could be planning to accomplish this through a slow, clever strategy without firing a shot, achieving what the Ottoman Empire failed to do by force in the Second Siege of Vienna in 1683.The governing AK Party has been linked with neo-Ottoman ambitions as it has slowly Islamized Turkish society.Historian Bernard Lewis, in What Went Wrong?: Western Impact and Middle Eastern Response (2002), argues that since the Second Siege of Vienna, Islam has been in retreat.And as a result, he wrote, Muslims have sought to regain their glory.The Turkish president’s ideology should be seen within this historical context.“Erdogan is power mad, within Turkey, in the old Ottoman Empire space, and beyond,” Daniel Pipes, historian and president of the Middle East Forum think tank, told The Jerusalem Post.He said that Erdogan also faces a growing problem with the Kurds of Turkey, boarding on a civil war.“Visa-free travel for Turks to the European Union enables him to dispatch millions of ethnic Turks to colonize Europe and it even permits him to push Kurdish citizens there. He could also offer Turkey nationality to Syrian refugees, conditional on their leaving instantly for Europe. The possibilities are many,” said Pipes.In April, Erdogan said Turkey should consider stripping citizenship from supporters of terrorism.“We need to be decisive to take all the necessary measures including stripping of citizenship for terror organization supporters,” he said in comments broadcast live on television, Reuters reported.In a Tweet on Wednesday, Pipes suggested that Turkey could strip Kurds of citizenship and then force them visa-free to Europe.Harold Rhode, a former longtime Pentagon official who specialized on Turkey told the Post that “Erdogan is trying to Islamify Europe more quickly. That is what open borders would mean.”The Islamist regime of Turkey is using the same slow strategy it did to take over the Turkish state, explained Rhode.Erdogan recently projected his Islamist mindset at the recent summit of the Organization of Islamic Cooperation in Istanbul, leaving “many with the impression that he was vying for the leadership of the Islamic world,” journalist Semih Idiz wrote in a report for Al-Monitor.“We always talk about Turks and Arabs. I am saddened by this. They talk about the Arab League. So does this mean we should put a Turkish League in front of this?” Erdogan asked.“You talk about Islamic cooperation on the one hand and about an Arab League on the other. What kind of business is this? Why don’t we just call it the ‘Islamic League’ instead of the Arab League?” he asked, according to the report.Rhode, a senior fellow at the New York-based Gatestone Institute, commented on the Turkish president’s statement, pointing out that “Erdogan sees things as he wants, not as they are, and the Arabs reject his ambitions.”“The Arabs fear he wants to be a new sultan and rule over them again, just as the Ottoman Empire did for 400 years. They see it as Ottoman/Turkish imperialism.”Therefore, Erdogan’s call for “Islamic unity” fell on deaf ears, continued Rhode, adding that this episode further demonstrates the Turkish leader’s global Islamist ambitions.