The man, who called himself Abu Hamed, handed over the memory stick during a meeting at an undisclosed location in Turkey, according to the Sky News report. 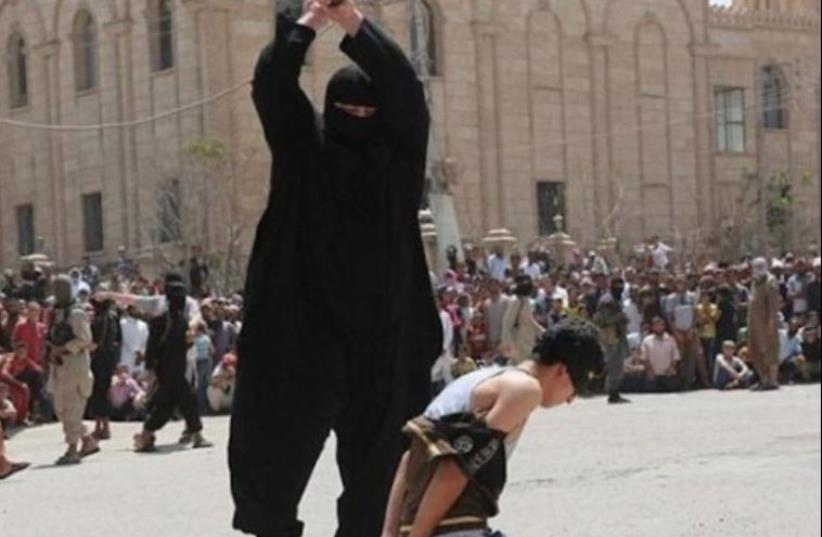 ISIS operative decapitates a young boy
(photo credit: ARAB MEDIA)
Advertisement
Thousands of documents identifying 22,000 supporters of Islamic State in over 50 countries were handed over to Sky News by a disillusioned former member of the group, the British television channel reported on Thursday.It said it had informed the authorities about the documents, which were on a memory stick stolen from the head of Islamic State's internal security force by a man who had been part of the Free Syrian Army rebel group before joining Islamic State.The man, who called himself Abu Hamed, handed over the memory stick during a meeting at an undisclosed location in Turkey, according to the Sky News report.The documents looked like enrollment forms with 23 questions and contained names of Islamic State supporters and of their relatives, telephone numbers and other details such as the subjects' areas of expertise and who had recommended them.Sky News said some of the names were already well-known, but the documents could also help identify some extremists who were previously unknown to the authorities in their countries.