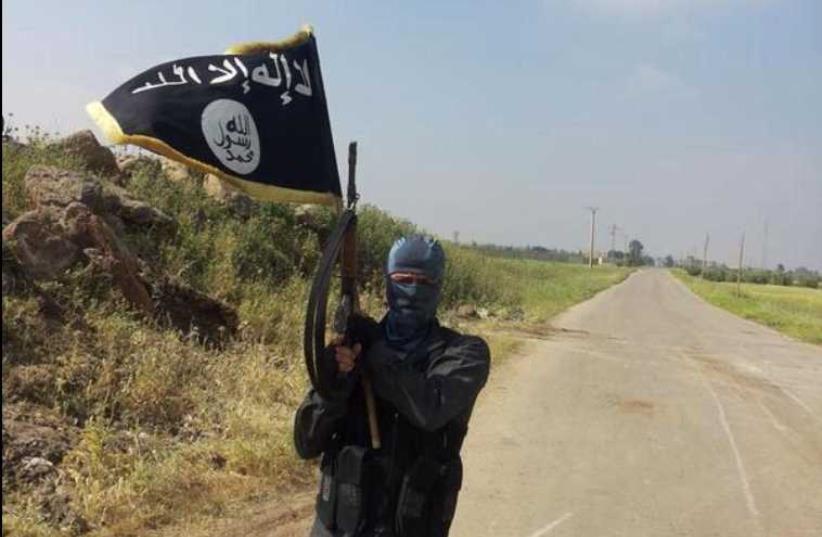 Islamist fighters in southern Syria
(photo credit: ARAB MEDIA)
Advertisement
UNITED NATIONS - The United Nations Security Council on Friday condemned continued indiscriminate attacks on civilians in Syria, including aerial bombardment and barrel bombings that Western powers say only the government is capable of carrying out.Last week the UN humanitarian chief painted a harrowing portrait of savagery in Syria's civil war, now in its fifth year, and urged the Security Council to take collective action to put an end to the carnage.The war has killed more than 220,000 people. Of the country's roughly 23 million people, some 12.2 million are in need of humanitarian aid, including 5 million children."The members of the Security Council expressed their deep concern at the continued high level of violence in Syria and condemned all violence directed against civilians and civilian infrastructure, including medical facilities," the council said in a statement."They expressed outrage at all attacks against civilians, as well as indiscriminate attacks, including those involving shelling and aerial bombardment, such as the use of barrel bombs, which have reportedly been extensively used in recent days in Aleppo," it said.Western officials blame aerial and barrel bomb attacks on the government.Several Western council members noted that the unanimously adopted statement had the backing of Russia, which has strongly supported the government of President Bashar al-Assad.Russia, backed by China, has vetoed four Security Council resolutions on Syria, three of them threatening the government with sanctions and another calling for referring the war to the International Criminal Court in The Hague for possible war crimes indictments.The United States wants the council to approve a UN investigation to determine who is to blame for chemicals weapons attacks in Syria. Success of this initiative will ultimately depend on Russia, which blames rebels for chemical attacks. Rebels and Western powers blame Assad's forces.The council also "condemned increased terrorist attacks resulting in numerous casualties and destruction carried out by Islamic State, al Nusra Front and other individuals, groups, undertakings and entities associated with al Qaeda."The Security Council also voiced support for UN Syria peace mediator Staffan de Mistura, who has started a new attempt to broker negotiations between rebel groups and the government. Western and Arab officials say they have little hope that a breakthrough is imminent.Last month, Syria's main political opposition group complained about de Mistura's decision to include Iran, which, like Russia, has been a strong supporter of Assad.