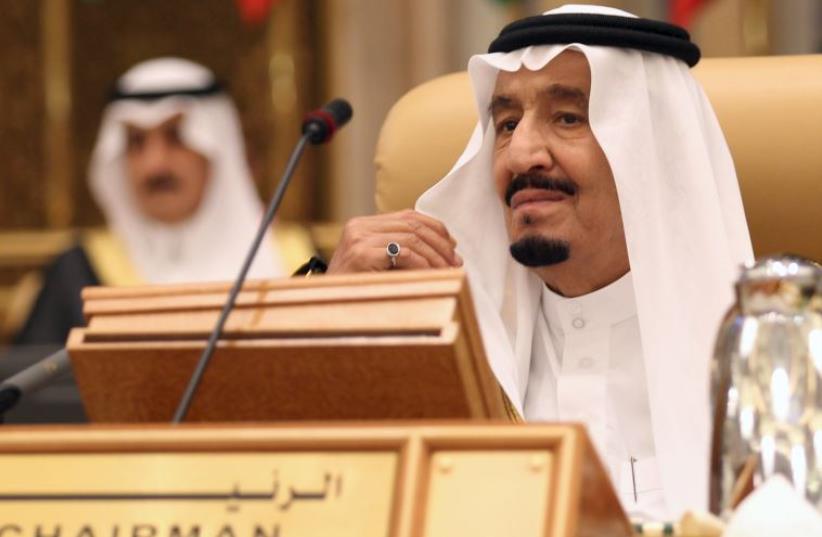 Saudi King Salman bin Abdulaziz
(photo credit: REUTERS)
Advertisement
Saudi Arabia was elected via secret ballot in the UN Economic and Social Council to the 45-member UN Commission on the Status of Women last week.Twelve other countries were also elected by the council in Geneva to serve for a four-year term, ending in 2022: Algeria, Comoros, the Democratic Republic of the Congo, Ghana, Kenya, Iraq, Japan, South Korea, Turkmenistan, Ecuador, Haiti and Nicaragua.“It’s absurd,” said Hillel Neuer, executive director of UN Watch, which publicized the story on Sunday. “Electing Saudi Arabia to protect women’s rights is like making an arsonist into the town fire chief,” Neuer added.“Saudi discrimination against women is gross and systematic in law and in practice. Every Saudi woman must have a male guardian who makes all critical decisions on her behalf, controlling a woman’s life from her birth until death. Saudi Arabia bans women from driving cars,” he continued. “Why did the UN choose the world’s leading promoter of gender inequality to sit on its gender equality commission?” Neuer said that seven of the 54 council states did not vote for Saudi Arabia, and that, based on his count, five of the 12 EU states on the council voted in favor of Saudi Arabia.It received the least amount of votes out of all of the 13 newly approved members, he added.