A US official called the court's decision "inconsistent with with Egypt's international obligations." 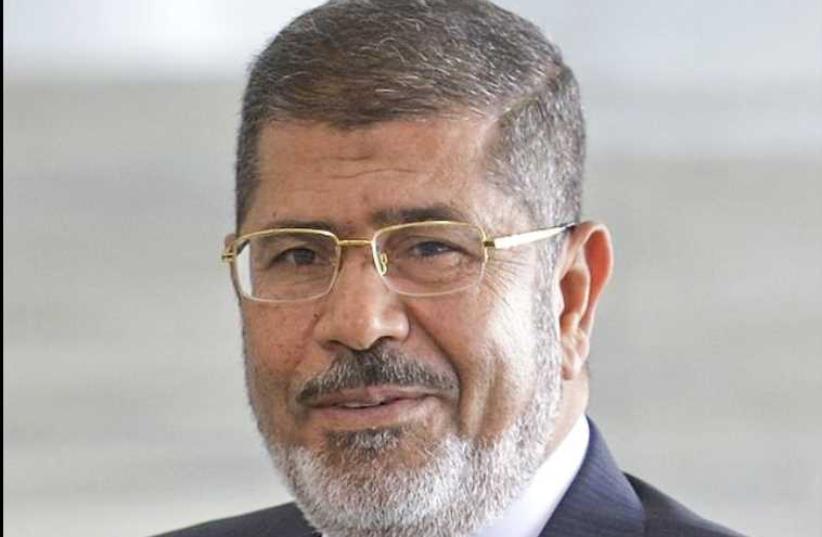 Mouhamad Morsi
(photo credit: Wikimedia Commons)
Advertisement
The United States is "deeply concerned" about an Egyptian court decision to seek the death penalty for former President Mohamed Morsi, a State Department official said on Sunday.The US criticism follows condemnations from Amnesty International and Turkish President Tayyip Erdogan after the court ruling on Saturday against the deposed president and 106 supporters of his Muslim Brotherhood in connection with a mass jail break in 2011.The ruling against Morsi is not final until June 2. All capital sentences are referred to Egypt's top religious authority, the Grand Mufti, for a non-binding opinion, and are also subject to legal appeal."We are deeply concerned by yet another mass death sentence handed down by an Egyptian court to more than 100 defendants, including former President Morsi," the State Department official said, speaking on condition of anonymity."We have consistently spoken out against the practice of mass trials and sentences, which are conducted in a manner that is inconsistent with Egypt's international obligations and the rule of law," he said. The official, noted, however, that Saturday's death sentence ruling was "preliminary."Morsi and his fellow defendants were convicted on charges of killing and kidnapping policemen, attacking police facilities and breaking out of jail during the uprising.Morsi, who became Egypt's first freely elected president in 2012 after the ouster of President Hosni Mubarak in a popular uprising, has said the court is not legitimate, describing proceedings against him as part of a coup by former army chief Abdel Fattah al-Sisi in 2013.Despite US lawmakers' concerns about that Egypt is lagging on democratic reforms, Egypt remains one of Washington's closest security allies in the region. Relations cooled after Morsi was overthrown by the military nearly two years ago, but ties with Sisi, his successor, have steadily improved.In late March, US President Barack Obama lifted a hold on a supply of arms to Cairo, authorizing deliveries of US weapons valued at over $1.3 billion.