US firm to build solar plants in blackout-plagued Gaza

Project "Turn On the Lights" is slated to create new solar plants for Gaza, that is suffering from a significant power shortage. 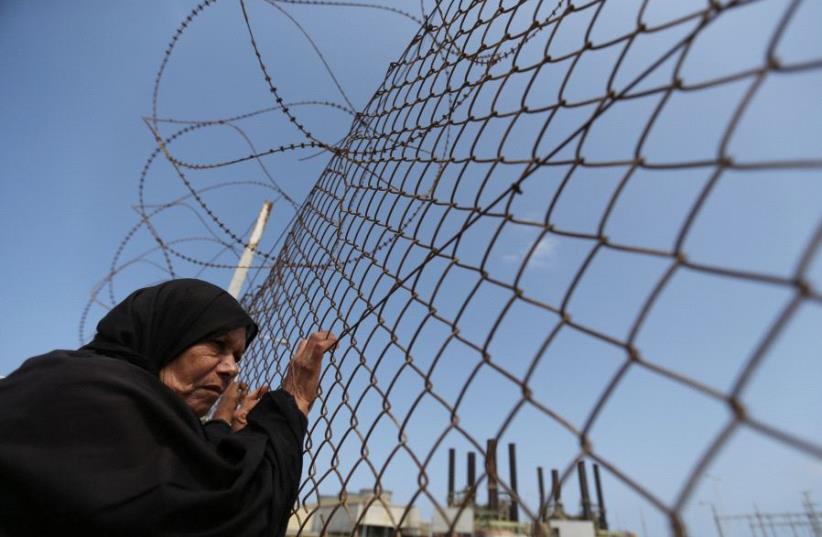 A Palestinian woman stands by a fence during a protest calling for an end to the power crisis, outside the power plant in the central Gaza Strip April 23, 2017.
(photo credit: REUTERS)
Advertisement
The Gaza Strip will have three new solar energy plants operating by April, the US-based energy firm behind the project said on Tuesday, providing the territory with some relief from daily blackouts but far from meeting its severe power shortages.Gaza was already chronically short of electricity before West Bank-based Palestinian President Mahmoud Abbas cut payments for Israeli-supplied power to the territory in June, attempting pressure the rival Islamist Hamas group to relinquish control of the Gaza Strip.Despite of a reconciliation deal between the two sides, these sanctions are still in place. Gaza's daily power needs are estimated at nearly 600 megawatts. Israel, Egypt and the enclave's only electrical generating plant currently supply 165 megawatts.Solar power plants will be built in three areas in the Gaza Strip and in total produce 40 megawatts of electrical power as early as April, said Volker Gutjahr, technical director of the Samaha Group.The project, called "Turn on the lights in Gaza", was announced at a ceremony on Tuesday in the territory attended by company representatives and Palestinian officials."The capital will be around 50 million euros, plus or minus, because this is an unknown territory, so we never know what surprises may come up," Gutjahr told Reuters.Gutjahr said the first shipment of equipment for the solar plants should arrive in March and will reach the Gaza Strip via the Israeli Mediterranean port of Ashdod.Wail Elawoor, CEO of Arab Orient Technology Services company, the local partner in the venture, said approval for the project came from the Energy Authority of the Palestinian Authority, the self-rule body headed by the Western-backed Abbas.The project will create jobs for local engineers and workers under supervision of US and German technical experts, Elawoor said.Hamas, which is considered a terrorist group by the United States, Israel and other Western countries, turned over civil control of the Gaza Strip to the Palestinian Authority two weeks ago. It had seized the territory in fighting in 2007.