Selfie leads to air strike on ISIS base

"It was a post on social media. Bombs on target in 22 hours." 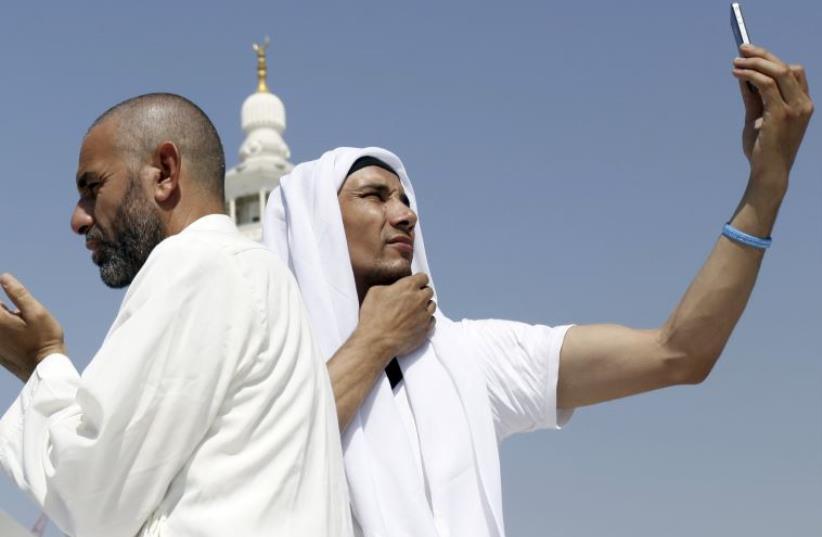 Man takes a selfie in Meeca, Saudi Arabia
(photo credit: REUTERS)
Advertisement
One simple selfie.That's all it took for Florida-based intelligence experts to identify the location of a Syrian-based Islamic State unit, which allowed for the US-lead coalition against Islamic State to successfully conduct an aerial strike.Hawk Carlise, a US air force general, told The Telegraph on Thursday that the photo provided enough information for his team to track the militant's exact location and perform a strike only 22 hours after the picture was first spotted. "The [airmen are] combing through social media and they see some moron standing at this command," Carlise recalled. He said the picture was followed by a caption "bragging about command and control capabilities for [Islamic State]." "...Long story short, about 22 hours later... three JDAMS take that entire building out" said Carlise. "Through social media. It was a post on social media. Bombs on target in 22 hours."US Deputy Secretary of State Antony Blinken said on Wednesday that more than 10,000 Islamic State fighters have been killed since the international coalition started its campaign against the extremist group nine months ago in Iraq and Syria.The most recent air strike was on Tuesday, when the coalition targeted an Islamic State bomb-making factory in Hawija overnight on Tuesday, triggering a series of secondary explosions that reduced the surrounding area in the industrial district to rubble.Residents and security sources put the number of people killed at around 70.